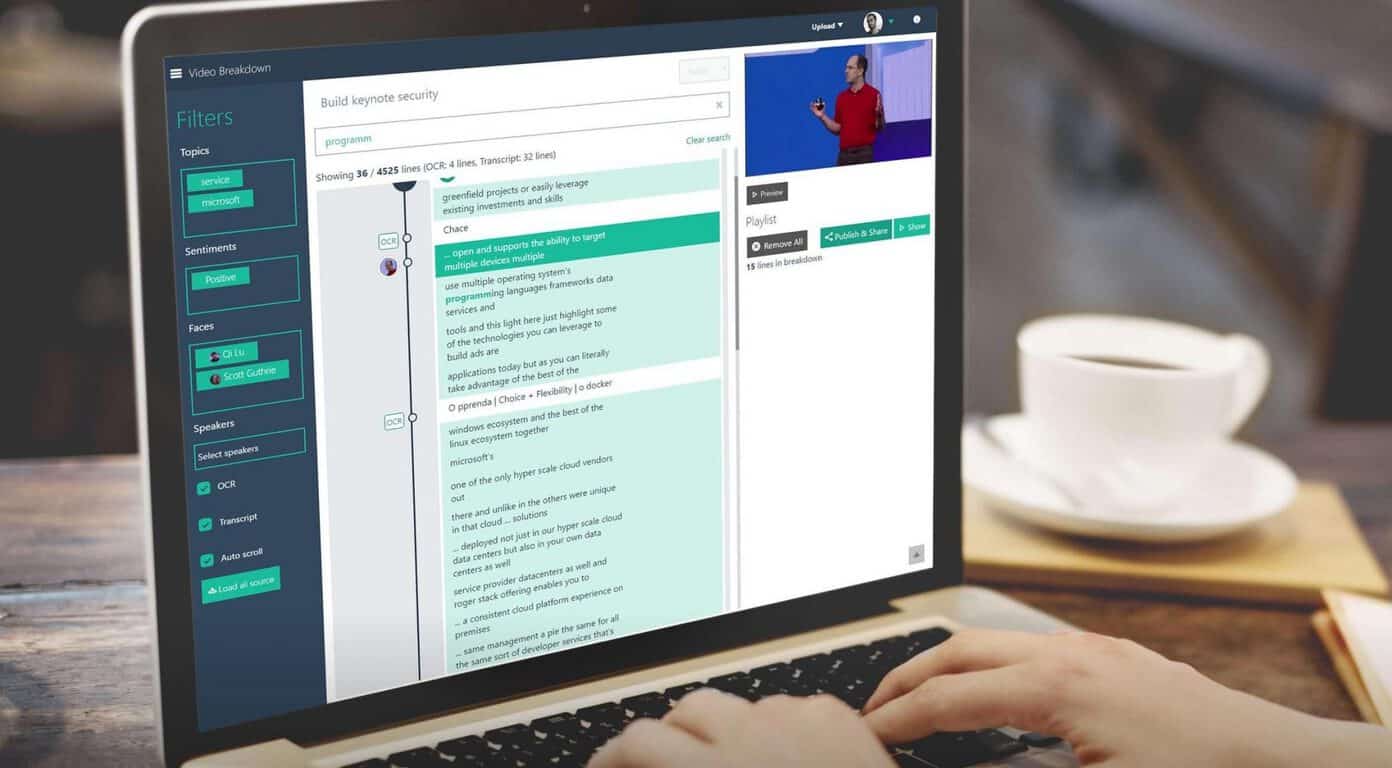 There are a lot of things to be excited about when you immerse yourself in the land of technological marvels that is Microsoft, but few inspire quite as much intrigue as the Microsoft Garage project. For those who don’t know, Microsoft Garage is an umbrella term that encompasses a vast series of experimental projects, each one being tested out and given room to grow as ideas. Today, we’ve got an entry in the Garage program that might just pique your interest.

The project is called Video Breakdown, and it’s a fascinating website that performs cognitive breakdowns of videos, analyzing their tone, keywords, and more. The site is full of videos now – ranging from motivational speeches to keynotes given by Microsoft executives – that have all been broken down in order to break their contents down into data. One of the most noticeable metrics, for instance, is how each video is broken up into positive, negative, and neutral tones. Some of the motivational videos, for instance, are more positive than the relatively neutral keynotes.

If you’d like to do a bit more than marvel at what’s possible with all of this fancy recognition software, you’re out of luck for the time being. As it stands now, you need to either have an invite code to upload a video or you have to be a Microsoft employee with an ID to sign in with. It’s important to note that this is, of course, a preview, and is mostly meant for internal testing right now. For the time being, keep Video Breakdown in mind as a reminder of what fascinating things that the folks at Microsoft are doing with their various cognitive programs.