Microsoft drops the price of the Band 2 to $175, again

If you are in the market for Microsoft’s latest fitness oriented wearable, then now is the right time to head over to the Microsoft Store and shop! As spotted by our friends at NeoWin, the company has once again cut $75 off the price of its Microsoft Band 2, marking the third price cut in six weeks for the device in the United States.

The Microsoft Band 2 was originally unveiled last October for the price of $249.99, but now the price has fallen to $174.99. The price cut, though, is not surprising, as Microsoft cut the price by the Band 2 by $75 in both March and April. Just 8 days after the last deal expired, this latest deal began on May 1st, and will end on May 21st. 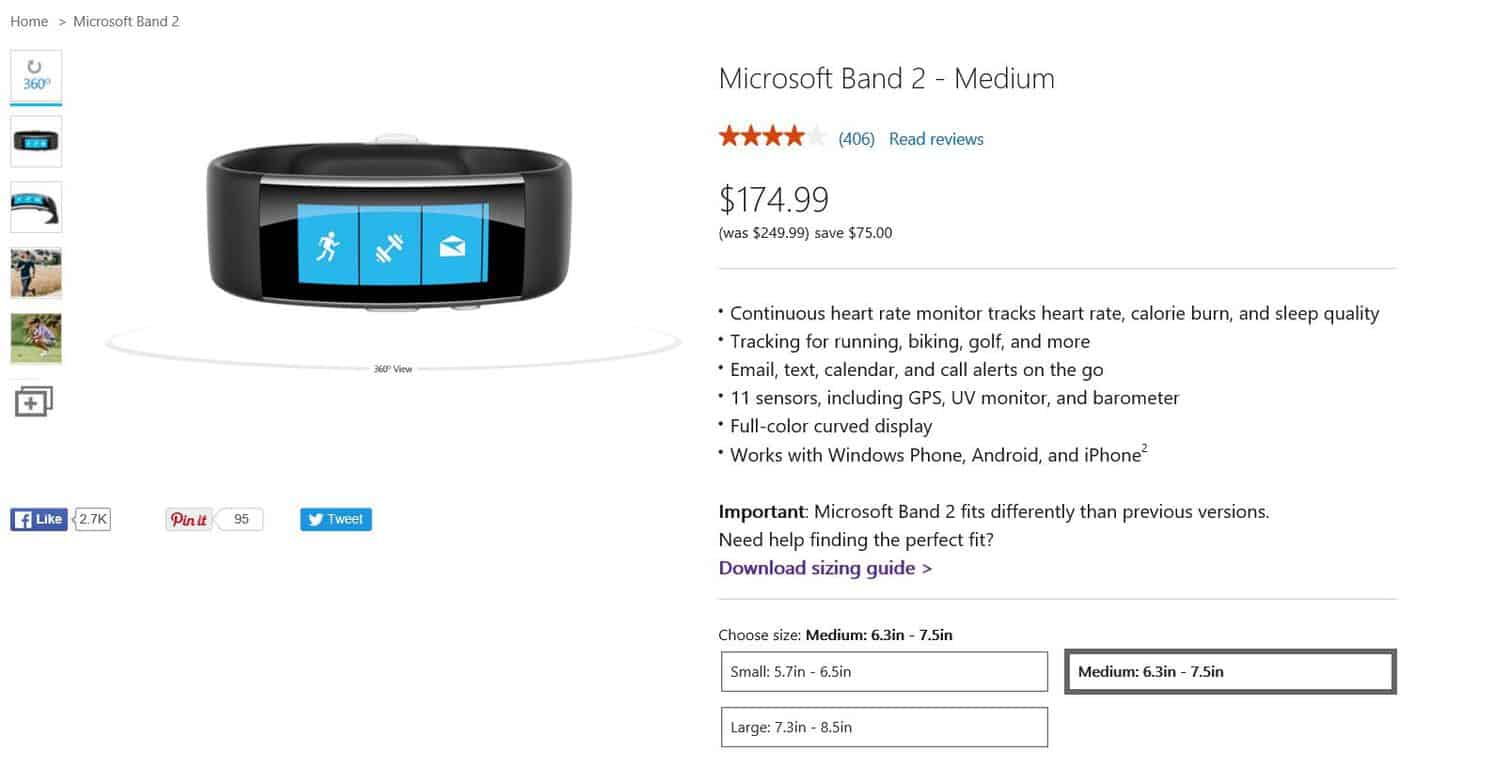 The Band 2 is on sale

Similar price cuts have also occurred in the United Kingdom, with the current deal being a 25% cut in price, scheduled to continue until June 30th.

The Microsoft Band 2 is the much more comfortable and sleek second generation in Microsoft’s fitness-focused wearable device. The device sports an iterative design that’s even more sensors for measuring your gains in a wide range of activities, and a better display.

So, if you’re interested in the Band 2, head over to the Microsoft Store now and pick it up. Then, once you’re the device arrives, or once you are back, be sure to bookmark our Microsoft Band news hub to stay up to date on the latest Microsoft Band news and information.