Microsoft creates a new anime girl mascot to promote Windows 10 in Japan - OnMSFT.com Skip to content
We're hedging our bets! You can now follow OnMSFT.com on Mastadon or Tumblr! 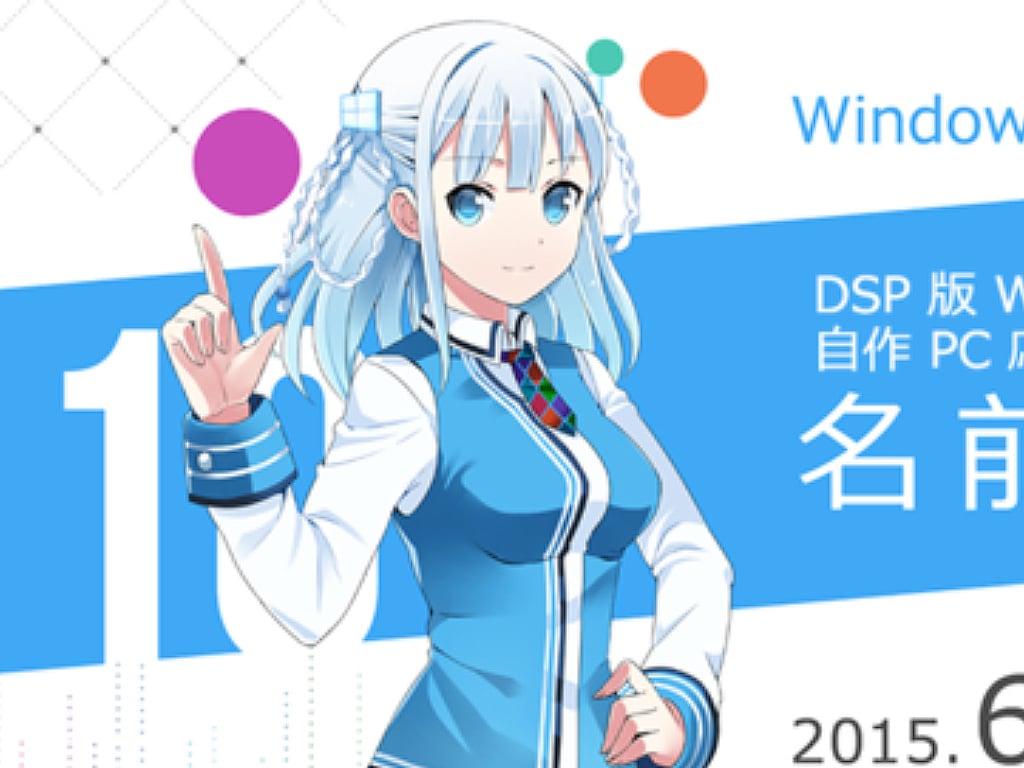 First spotted by WindowsCentral, Microsoft has just revealed their design for their anime-style mascot for the Windows 10 operating system in Japan and will be holding a competition to name it/her starting on June 19th. The unnamed Windows 10 mascot (see left in the image above) is a time traveling, 17 year old schoolgirl from 100 years in the future (maybe Windows 10 is Microsoft’s last OS after all!) who has come back in time to work in the real-world tech-geek Tokyo suburb, Akihabara. She will be voiced in campaigns by voice actress, Ai Nonaka who has leant her voice to popular anime series such as Negima!?, Doraemon, Clannad, Gintama and Puella Magi Madoka Magica: Rebellion. Ai Nonaka will sign five prizes to be won by competition entrants.
This isn’t the first time Microsoft has used an anime schoolgirl-type mascot to advertise their products. Characters were also created for Internet Explorer, Windows 7 and Windows 8. The latter even got two girl characters, one of which, Ai Madobe you can see on the right in the image on this page.
Mascots like this are usually created to appeal to the niche geek/otaku market in Japan and don’t get too much of a mainstream presence. We shouldn’t be expecting the Window 10 mascot to be getter her own animated TV series and toy line for example.
Whatever the character gets named in June, here’s hoping the winning name both represents the brand well and doesn’t feature any double meanings in other languages. Fukushima (the area of Japan devastated by the 2011 earthquake, tsunami and nuclear disaster) recently created a mascot to help promote the area which unintentionally became an international joke due to its name, Fukuppy. Choosing the right name can be important. Here’s hoping Microsoft selects a good one!
What do you think about Microsoft using characters like this to promote Windows 10? Share your thoughts with the OnMSFT community in the comments below.