Microsoft is changing the “confusing” Windows 10 upgrade prompt after criticism

Yesterday, we reported that the head of California travel-agency had recently sued Microsoft over a “forced” Windows 10 update that made her business PC unusable. Microsoft lost the trial, dropped an appeal and agreed to pay $10,000 in damages, but it looks that it wasn’t the end of the story. As the news made headlines yesterday in various tech publications, Microsoft was apparently already working on a “fix,” as our colleagues from The Verge are reporting today that the company has agreed to change the confusing Windows 10 upgrade prompt. Yes, eligible Windows users will finally be allowed to dismiss the update, as explained by Windows chief Terry Myerson: 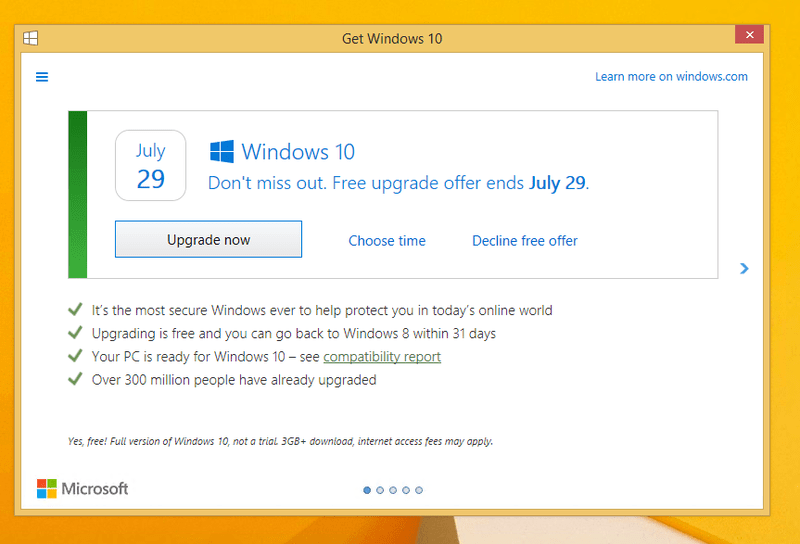 As you can see in the above image, the new prompt display three choices and the “Decline free offer” option is pretty clear. While we applaud this change, it’s still unbelievable that it took the company eleven months, a ton of user complaints and a lost trial to come up with this new prompt, which is common sense. It’s still better late than never, but Microsoft may struggle to win back the trust from Windows users who made a clear choice early on to not upgrade their PCs to the new OS, but have been harassed by the company’s annoying upgrade prompts over all these months.

The new upgrade prompt should go live later this week, and as we previously reported the pop-up window will be removed from all Windows 7/8.1 PCs after the end of the free upgrade on July 29. Let us know in the comments if you think Microsoft finally made the good thing to win back the trust from its users.