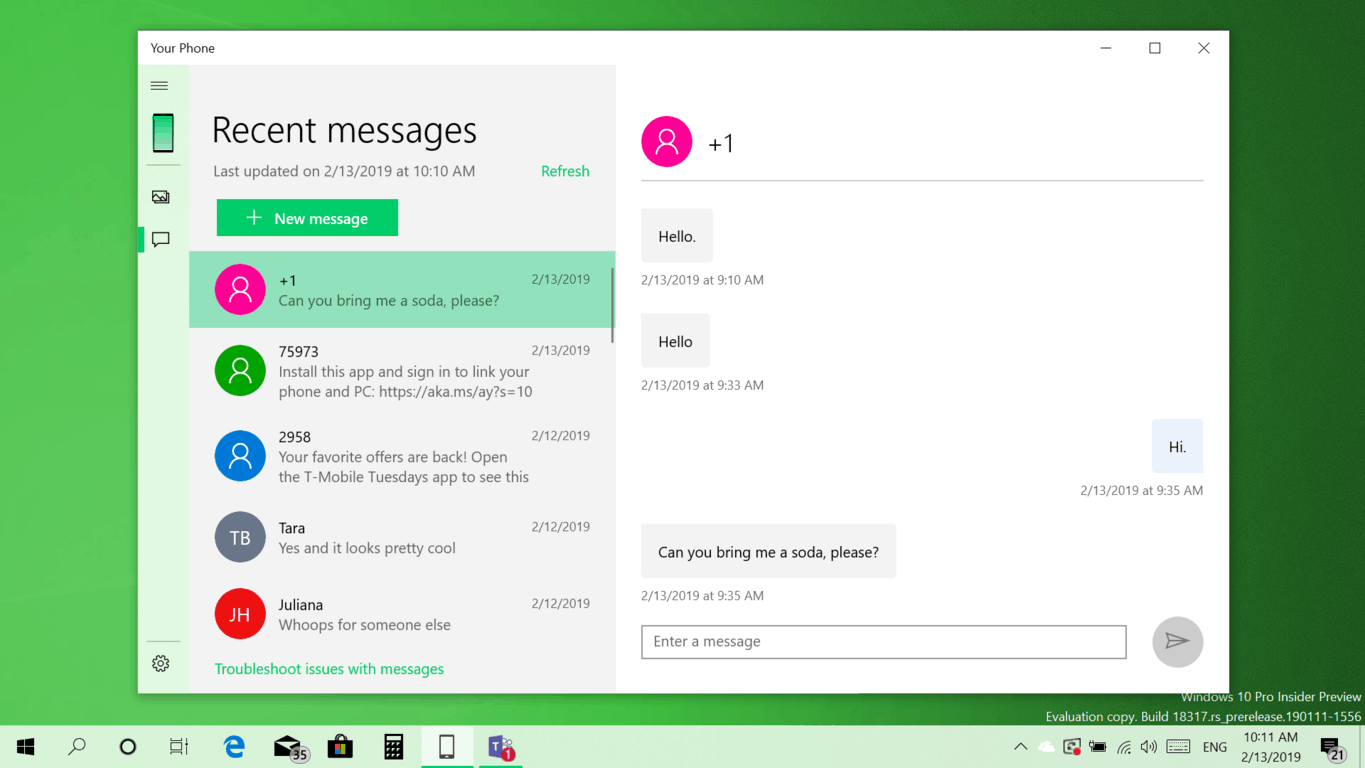 Microsoft appears to have quietly updated the Your Phone app for Windows 10 Insiders (via MSPU). According to a tweet from a Microsoft employee, the company has begun rolling out an update to the Your Phone app for roughly half of Insiders. That half doesn't include any of our computers just yet, suggesting it's still in its early stages of development and likely with bugs to sort out.

The update provides users with unread message indicators, allowing them to easily see which conversations contain new messages. Unread conversations will now appear in bold, with a number indicator letting them know how many new messages has been received. This is definitely a welcomed change, as it helps reduce the time of having to go though the conversations to see what's new.

While the your phone app is nowhere near feature complete and currently only works on Android phones, it's good see the progress the app has received. It also might be more athletically pleasing than the other options out there, but the lack of contact image icons and multimedia messaging support leaves many users preferring alternatives such as Android Messages on the web, Verizon Messages, and T-Mobile Digits.

Hopefully with continued improvement over time, the company will be able to make the transition between switching between from phone to PC a very natural experience in the future. And with further development of features such as Timeline and cloud-syncing clipboards, along with the Your Phone app, maybe Androids and iPhones will have an even tighter integration with the desktop operating system than its former Windows 10 Mobile counterparts did.