A report by Gartner (via The Verge) reveals that Microsoft, for the first time, is now one of the top five manufacturers of PCs in the US market.

According to the report, Microsoft accounted for 4.1 percent of the US PC market in 2018's third quarter, below Apple (at 13.7 percent), Lenovo (15.4), Dell (25.9), and HP (30.7). These numbers include Surface devices such as the Surface Pro and Surface Laptop but exclude Chromebooks and tablets such as Apple's iPad. With the blurring of the lines between computers and tablets, these numbers are likely to be controversial for some in the industry as well as consumers. 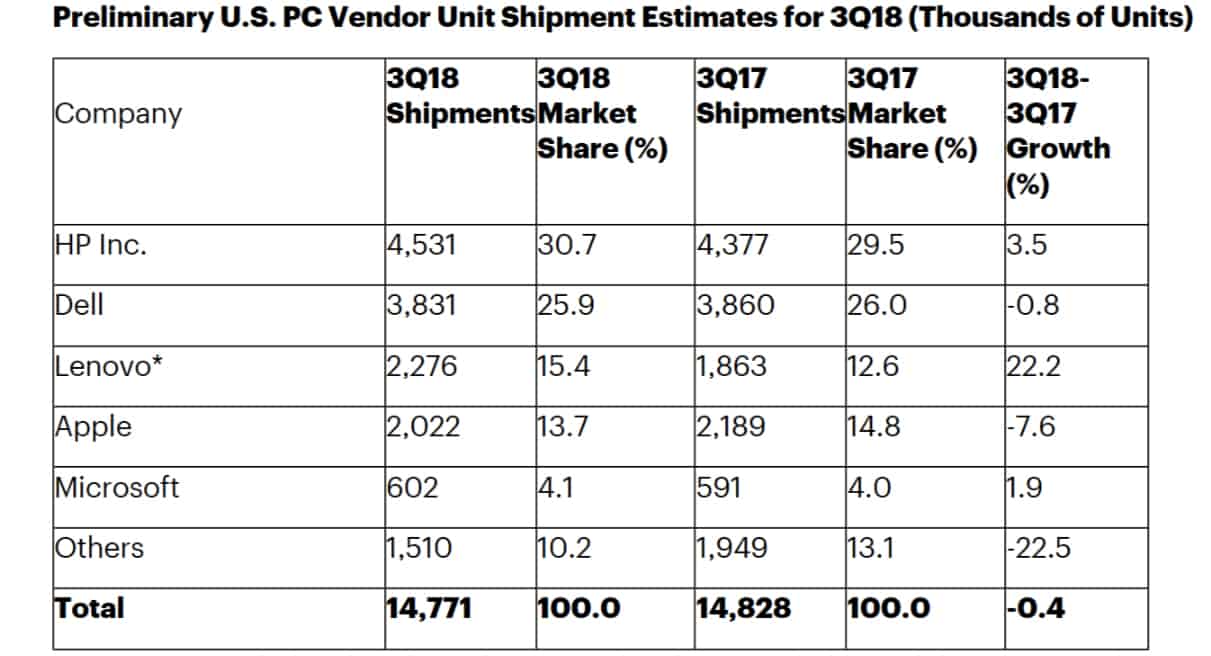 Worldwide, Microsoft is currently being outperformed by all of the previously mentioned companies in addition to Acer and Asus. Overall there was just a 0.1 percent increase in worldwide PC sales year-over-year.

Gartner's principal analyst, Mikako Kitagawa, said of the findings, "The PC market continued to be driven by steady corporate PC demand, which was driven by Windows 10 PC hardware upgrades. We expect the Windows 10 upgrade cycle to continue through 2020 at which point the upgrade demand will diminish. Despite the third quarter typically showing strong consumer PC sales due to the back-to-school season, weakness in consumer PC demand continued, offsetting the strong sales in the business market."

Do these findings surprise you and do you consider Surface devices to be PCs? Share your thoughts with the community in the comments below and then follow us on Pinterest for more Microsoft content.