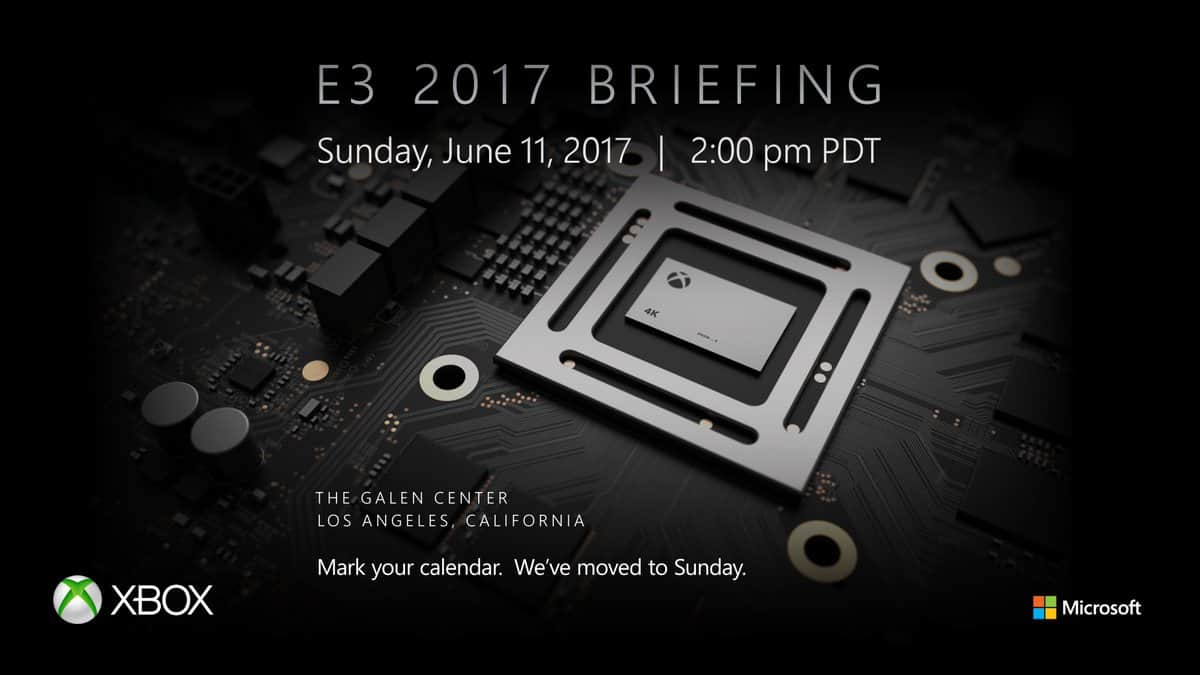 Last year’s E3 conference was quite the remarkable moment for Microsoft.  From the announcement of Forza Horizon 3, the upcoming next generation Project Scorpio Xbox console, and Xbox Play Anywhere, fans and industry watchers alike may recall that Microsoft made lots of noise at the annual video game industry trades fair. Though this year’s E3 conference is still 116 days away as of writing, Microsoft has just officially come out to announced that their Xbox E3 briefing will be on Sunday, June 11th at 2:00 PM PDT.

As seen above, Larry Hyrb was one of the first Microsoft employees to make the announcement, and other Team Xbox members such as Aaron Greenberg shortly joined in with similar Tweets after. It will no doubt be interesting to hear what Microsoft has to offer up at E3, in 2017 and judging from the graphics in this tweet, we might very well end up hearing more about Project Scorpio at E3 2017.  We are planning to be on the ground in Los Angeles to cover the briefing, so be sure to keep it tuned to OnMSFT for all your Xbox news and information all year long.