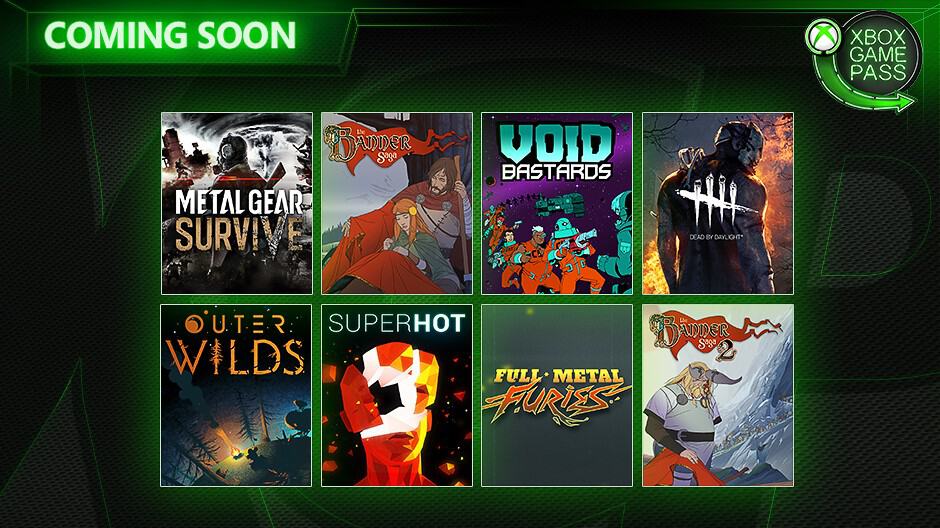 The Xbox team is doing it once again, there is a second wave of new Xbox Game Pass games this month. Overall, eight new games will join the catalog between May 23 and June 6, starting with Metal Gear Survive and The Banner Saga tomorrow.

Three other games will join Xbox Game Pass next week, with Void Bastard coming on May 29 and Dead by Daylight and Outer Wilds following on May 30. The later will actually be available on Game Pass the same day as its launches worldwide on Xbox One, Windows and PlayStation 4.

Lastly, The Banner Saga 2, Superhot (a previous Games with Gold title) and Full Metal Furies will be added to Game Pass on June 6. It’s worth noting that the latter also supports Xbox Play Anywhere and cross-platform multiplayer between Xbox One and Windows 10.

Microsoft's Xbox Game Pass service will likely be a big topic at Microsoft's E3 press conference on June 9, and we're looking forward to seeing what Xbox head Phil Spencer will announce during the event. If you have yet to try the game subscription service, we remind you that you can currently get three months of Game Pass for just $1 (instead of $29.97) for a limited time.