The Xbox One video game, Superhot, is now available to claim for free for Xbox Live Gold subscribers as part of the monthly Games With Gold campaign.

Superhot is a stylized first-person shooter that receive praise from critics and gamers alike when it launched in 2016. Here's its official game description.

Time moves only when you move. Blurring the lines between cautious strategy and unbridled mayhem, SUPERHOT is the FPS in which time moves only when you move. No regenerating health bars. No conveniently placed ammo drops. It's just you, outnumbered and outgunned, grabbing the weapons of fallen enemies to shoot, slice, and maneuver through a hurricane of slow-motion bullets.

With its unique, stylized graphics SUPERHOT finally adds something new and disruptive to the FPS genre. SUPERHOT’s polished, minimalist visual language helps you concentrate on the most important - on the fluidity of gameplay and cinematic beauty of the fight.

Have you played Superhot yet? Let us know if you'd recommended it in the comments below. 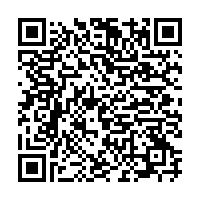 Celebrate the Sea of Thieves launch at your local Microsoft Store