HERE has an important place in the storied history of Windows phones, with HERE serving as Nokia's rebranded Windows Phone mapping solution, then HERE removing its apps from Windows 10, and then finally Nokia selling HERE to a consortium of German automakers. HERE remains a going concern with apps for Android and iOS, and today the company announced a major change to both the branding of its maps offerings but also to the apps themselves.

The HERE 360 blog says it best: "Goodbye HERE Maps. Say hello to HERE We Go." Cuteness aside, the rebranding demonstrates a new focus on helping users quickly determine "the best way to get to where they want to go," rather than merely offering up the standard "where am I at?" mapping fare.

The following video provides an overview of the new functionality:

The primary changes to the app include the following features.

The app now starts with a "Where to?" prompt in the search box, saving a click from selecting the "find a route" icon that was previously located all the way at the bottom of the screen. The idea here is to put the idea of getting somewhere front and center in the new app.

Next, HERE is focusing on helping users determine the best way to get somewhere, comparing not just driving routes but also transport options. As HERE puts it:

Starting today we are beginning to roll out new transport options. In the many major cities in which it operates, alongside the existing car, public transit, cycling and pedestrian options, you’ll find new options from car-sharing firm Car2Go. This will show you where the nearest available cars are on the map, with the estimated cost of using the rented car to get to your destination, the fuel level and more details about the car. You can even just press a button to launch the Car2Go app and reserve a car on the spot.

HERE has made some significant changes to bicycle routing, adding in elevation profiles to help users determine up front just how taxing a ride will be.

“We’re in the midst of a massive change – a mobility revolution – and the new app reflects this.”

“The first two urban mobility revolutions came with the railways and then cars. They gave birth to large cities and then the suburbs.

If you're an Android or iOS user, then HERE We Go is available to you immediately. You can download the apps from the links below. The Android app has the features immediately, and the iOS app will turn into HERE We Go after the next update. 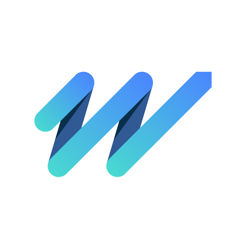