An “issue with the update server” caused some problems for Lumia 950 and 950 XL users that prompted Microsoft to temporarily pull the latest Windows Insider build, version 10586.29, but that issue has now been resolved.

According to a statement released to Mary Jo Foley, Lumia 950 and 950 XL Windows Insiders should be able to get to the latest bits:

“After momentarily pausing the Windows 10 Mobile update due to an issue with the update server that impacted the installation of the update on a limited number of phones, we have addressed the issue and will begin rolling out the 10586.29 update again.”

When the Lumia 950 and 950 XL were first made available, they weren’t able to join the Windows Insider program, but that soon changed and users were offered the 10586.29 build on December 7th, which was then offered to all users, Insiders or not, on December 8th. However, some users were met with installation problems, which led to the update being pulled. So if you’re interested in getting the latest bits on your brand new phone, whether you couldn’t get the updates previously or you just got your phone, check for updates.  And remember, if you want Windows Insider builds on your phone, make sure to install the Windows Insider app. 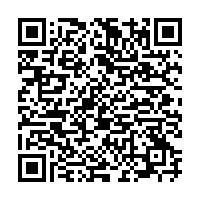