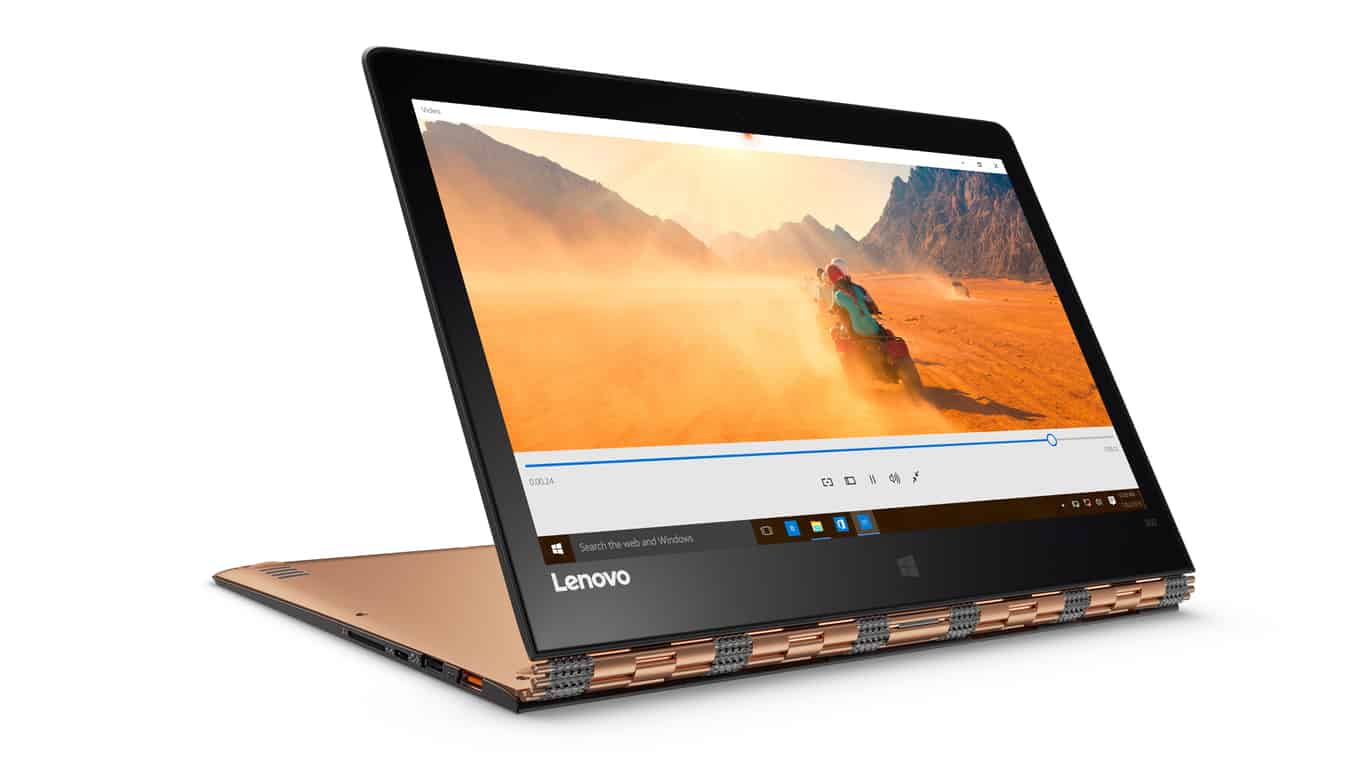 Lenovo revealed two new Yoga PCs today in San Francisco, the Yoga 900 Convertible Laptop and Yoga Home 900 Portable All-in-One Desktop. Both devices have apparently been designed for Microsoft’s new Windows 10 operating system and received assistance from Microsoft staff during their production and planning.
Microsoft’s corporate vice president for PC, Tablet and Phone, Joe Belfiore said in a statement, “We worked closely behind the scenes with Lenovo to ensure its new products really brought to life the best of Windows 10, and we’re excited to see customers’ reactions to these new Yoga PCs.”
Both devices boast an Intel Core i7 processor, however the Yoga Home 900 Portable All-in-One Desktop also comes with a NVIDIA GeForce 940A video card for extra performance as well as a 27-inch display, which is significantly larger than the Yoga 900 Convertible Laptop’s 13.3-inch display.
A promotional video has been released which showcases the Yoga PCs’ adjustable hardware. Of particular note is the physical Windows key below the screen which has been removed from the Microsoft’s recently announced Surface Pro 4 and Surface Book. It’s good to know some new Windows 10 devices will still provide this button for those users who like it.


The Lenovo Yoga 900 Convertible Laptop will release on the 19th of October 2015 and retail for US$1,199 while the Yoga Home 900 Portable All-in-One Desktop will start at US$1,549 and is scheduled for some time during the end of October.
Earlier this year we reviewed the Lenovo Yoga 3 11-inch model and found it to be a very well designed piece of hardware for people on a budget. We even commented on how well it would be suited for Windows 10 once the operating system publically launched. If the Yoga 900 Convertible Laptop and Yoga Home 900 Portable All-in-One Desktop prove to be too expensive for some users, the Lenovo Yoga 3 could be a good, cheaper alternative.
Have you ever used one of Lenovo’s Yoga products? Can they compete with the Surface Pro line of devices? Let us know your thoughts in the comments below.