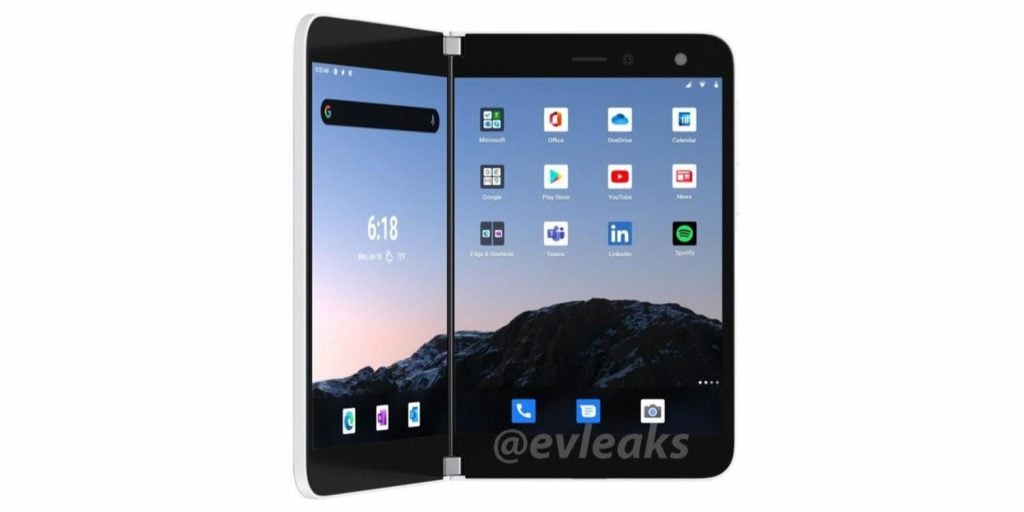 The release of the Surface Duo can't come any sooner, and now there's yet another leak to support an impending launch. As discovered by the notorious phone leaker Even Blass, some official-looking marketing pictures of an AT&T Surface Duo are giving us another look at the upcoming dual-screen device.

In one of the newest pictures, we get to see what looks to be a flash in the top-right corner of the Duo. In the other pictures which cycles through the Duo in the open and closed position, we get a look at the home screen of the device. We can see a Google search bar on the left hand-screen, configured in the dark mode. This screen on the Duo also has a clock widget, with the weather, too.

Another picture provides a peek at some of the apps that might be pre-installed on the Duo. We can see Edge, OneNote, Outlook on the left screen. This isn't a surprise, as Microsoft has talked about how it has optimized these apps for the Duo. What's more important, though, is the required Google apps folder on the right-screen. Here we see Chrome, Maps, Gmail, and the Google app. We never really saw these apps in any of the leaked pictures so far. 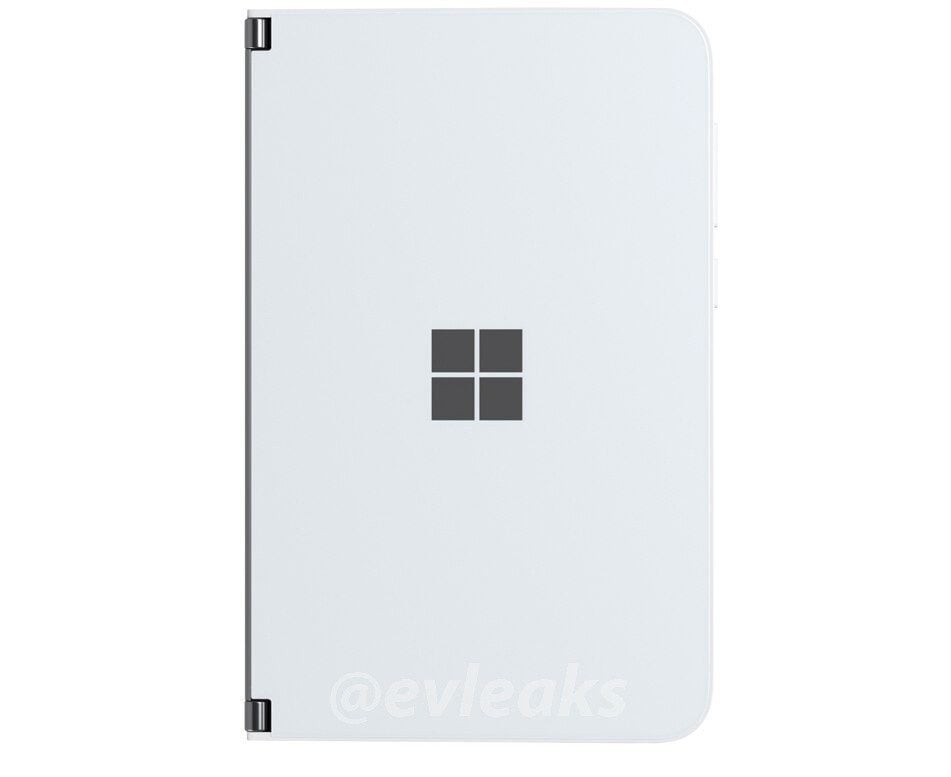 Elsewhere, the images show the pre-installed Google Messages and Phone app, as well as the Camera. Other icons in the pictures show a Microsoft folder with To Do, Xbox, and Skype. We also can see Office, OneDrive, Calendar, News, Teams, LinkedIn, and Spotify, as well.

Other than the apps and the front-facing flash, these pictures do not reveal anything else. Even Blass notes on his Patreon that the images are a leak of "Microsoft Surface  Duo for AT&T." so it could be likely that Microsoft has partnered with the carrier to offer the Duo. There is no other AT&T branding, otherwise, which should not be too shocking, as rumors show the device supports all the major carriers in the USA.

It will probably only be a few weeks now until we learn more about the Duo. A lot of Microsoft executives are teasing the device, and it was recently rumored that Microsoft MVPs were invited to a virtual briefing about the Duo, too.

PowerToys v0.20.1 for Windows 10 is out with stability fixes