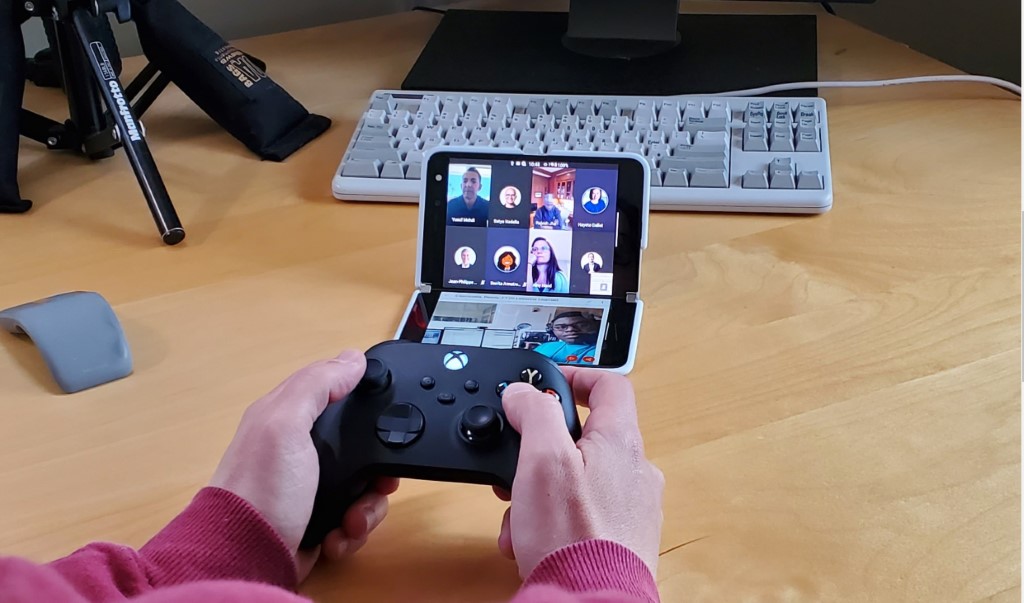 As the world awaits the upcoming release of the Surface Duo, Microsoft executives are continuing to tease the much-anticipated device. In the latest tweet from Chris Capossela, we are now getting a peek at how the Microsoft Teams Android app is optimized for the dual-screen layout of the device.

In the tweet from Microsoft's Chief Marketing Officer and Executive Vice President of Consumer Business, we can see the executive playing Minecraft on a second screen, while in a Teams meeting on his Duo. He's using the upcoming new Xbox X Series controller to play, and an interesting keyboard is under his monitor. However, what's more important is what shows up on the screen of his Surface Duo (as seen in the featured image above.)

Looking closely, we presume that the Teams app has extended itself to both screens. There is a tile of meeting attendees on the top screen, showing Yusuf Mehdi, Satya Nadella, and other executives. The bottom screen, meanwhile, appears to show what could be a video, or a presentation being shared by someone in the meeting.