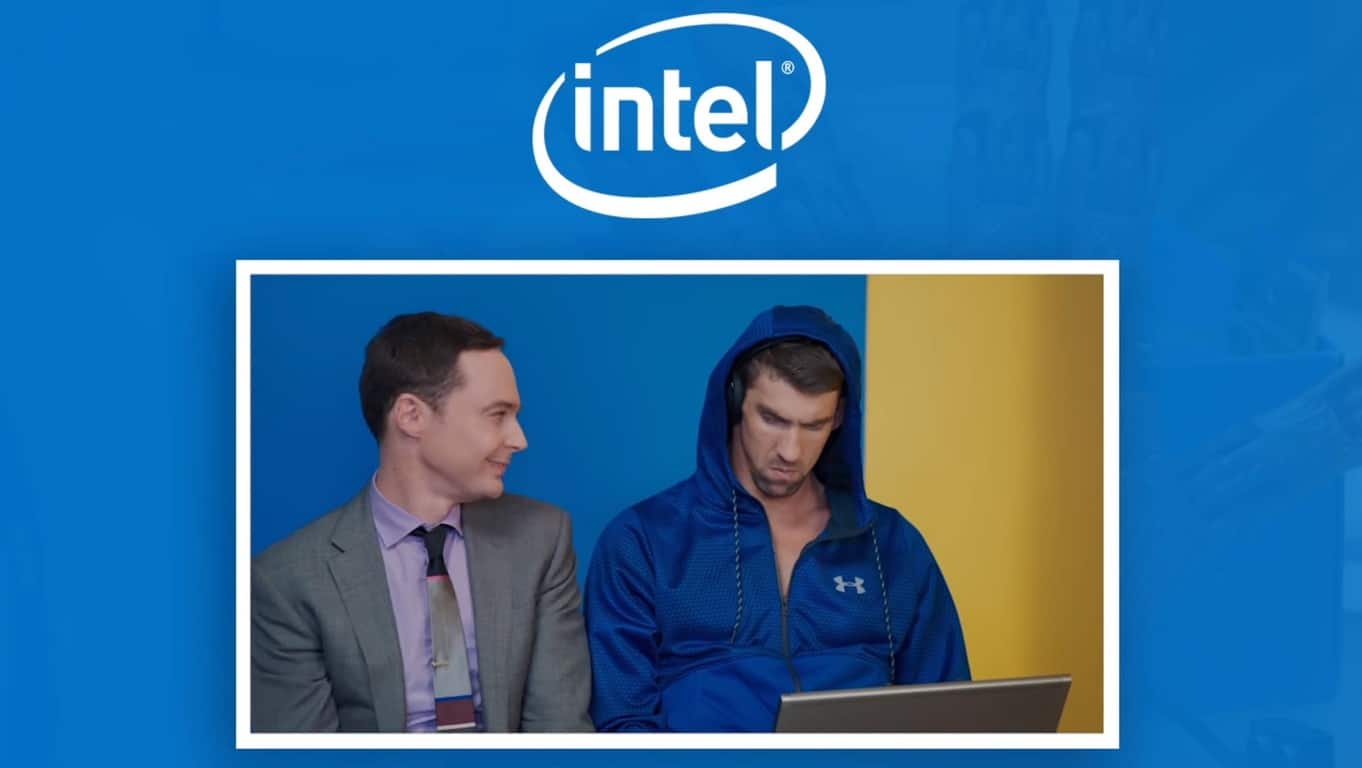 In their latest TV spot, Intel is enlisting the star power of Olympian Michael Phelps to convince you to retire your old PC. The ad features Michael Phelps poolside and frustrated with his slow laptop. I don't know how many swimmers sit in their bathing suit poolside to send an email between practices, but let's just go with it.

Intel spokesperson and Big Bang Theory actor Jim Parsons then swoops in next to Phelps as a reminder that the latest PCs with Intel's newest chips are lightening fast and capable of playing 4K video. And because of his reluctance to upgrade, Parsons points out that Phelps is the "fastest swimmer using the world's slowest computer."

Intel is hoping to plant the seed in people's minds that they should ditch their slower PCs and make an upgrade this holiday season. Intel recently unveiled some of their Kaby Lake generation CPUs which are now making their way to consumers.

And the chip maker is touting improved performance, battery life, and 4K video support as some of the reasons for upgrading to a device with newer chips. Undoubtedly, some of the other reasons to encourage people to upgrade with star filled advertisements include the decline in PC sales.

How PC sales will fare this holiday season is yet to be seen. But the introduction of Kaby Lake CPUs and possible surprises like a Surface All-in-One might help buck or at least slow the downward trend.

The ad concludes with some riffs between Parsons and Phelps, as Phelps is sporting his signature #PhelpsFace from this past summer's Olympic games in Rio. Does your slow PC have you grimacing with a #PhelpsFace and are you thinking of upgrading to a Kaby Lake powered system? Let us know in the comments section below.

Microsoft partners to launch "Accelerate your Business" program in Kenya