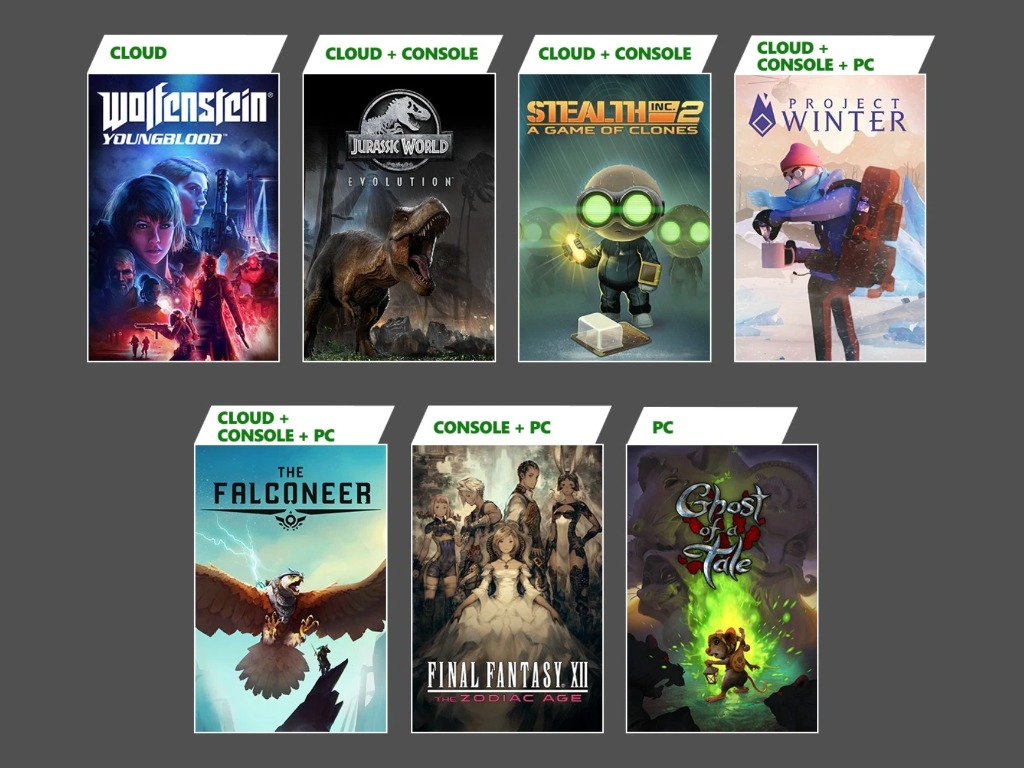 Just like clockwork, Microsoft has just announced this morning the next games coming to Xbox Game Pass for Console and PC in February. Six new games will join the catalog between Thursday, February 4 and February 11, and the headliners include Jurassic World Evolution, Final Fantasy XII The Zodiac Age, and the indie game The Falconeer

You can find all the details about the games’ release dates and their platform availability below:

Wolfenstein: Youngblood, which was added to Xbox Game Pass last year will also become cloud-enabled on February 11. Microsoft also announced today that the following 11 cloud-enabled games can now be played with touch-controls on Android devices:

Last but not least, Microsoft is offering new Xbox Game Pass perks to Ultimate subscribers this month: the goodies include the Doc Byte Set for Tom Clancy’s Rainbow Six Siege (available February 4), and the ability to grab the first seasons of Dragon Ball Super and One Piece for free on the Microsoft Store.