As Amazon continues to litigate of the awarding of the Department of Defense's JEDI contract to Microsoft, rumors of defense officials contemplating skuttling the project have begun surfacing.

OnMSFT has covered the progress of the Joint Enterprise Defense Infrastructure over the past few years as it seemingly wound its way down to a single contract winner back in 2019.

Early on, the JEDI contract was mired in controversy as an original bidder Oracle filed a lawsuit alleging Amazon impropriety as a former employee eventually found their way into the procurement of the contract standards for the DoD. The employee was eventual hired back at Amazon after leaving the DoD shortly after the JEDI standards were solidified.

A judge on the Oracle suit, ruled in favor Amazon by way of rejecting Oracle's claims. Over time, Oracle dropped out of the bid, leaving Microsoft and Amazon as the lone two solution providers. In mid 2019, the Trump administration made a public showing of interest in the JEDI contract, assigning newly appointed defense secretary Mark Espers to re-examine the $10 billion cloud-computing contract.

Espers shortly resigned from the oversight committee appointed to JEDI contract due to obvious conflicts of interest. A month later Microsoft was awarded the JEDI contract, and a few weeks later Amazon filed its first injunction.

Since its first injunction request, Amazon has filed two more complaints that mirror the singular claim that former president Donald Trump's public disdain for Amazon founder Jeff Bezos, played a critical role in Microsoft's win of the JEDI contract. Holding back no punches, Amazon has repeatedly claimed Microsoft's Azure cloud computing service to be inferior and more expensive than its AWS product.

Despite a Pentagon inspector general advising that the Trump administration hadn't violated any ethical standards in awarding Microsoft the JEDI contract, Amazon continues to seek legal remedies to stall its implementation and force a re-evaluation of the solutions. 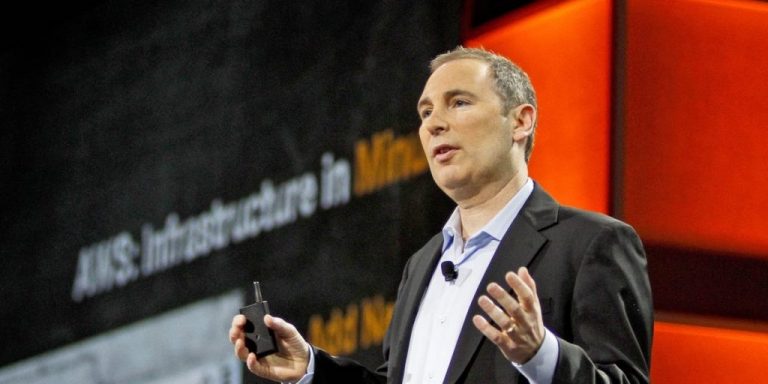 Unbeknownst to many, the endowment of the JEDI contract was only the first act of a two-part act that would put the multiyear $10 billion deal into a legal quagmire with neither Amazon nor Microsoft able to begin work with the US Department of Defense.

If a judge were to side in favor of Amazon, the win could force the DoD to host another years-long bidding process again which is, perhaps, why defense officials are getting antsy at the idea of shelving the project altogether.

According to the Wall Street Journal, "Ms. Hicks and other Pentagon officials say there is a pressing need to implement a cloud program that serves most of its branches and departments. The JEDI contract, valued at up to $10 billion over 10 years, aims to allow the Pentagon to consolidate its current patchwork of data systems, give defense personnel better access to real-time information and put the Defense Department on a stronger footing to develop artificial-intelligence capabilities that are seen as vital in the future."

On the face of it, it could seem like a "take my ball, and go home" approach to a highly sophisticated future proofing solution for DoD and may lend further credence to Amazon's claim of unduly adjudication of the contract; with some viewing the decision as a smoke screen to conceal any exculpatory evidence that points to Microsoft favorability by the prior administration.

Either way, as time crawls on, lawmakers and government contract experts are pitching the idea that a multivendor approach may be a quicker and more efficient way to get a similar JEDI-like project up and off the ground at this point.

Not only would a multivendor JEDI approach eliminate potential single-point access flaws, it would circumvent any future claims of impropriety or favorability from the DoD as it awards future contracts. The current system the DoD utilizes is already a patch work of separate solutions, but are based on decades old technology.

While it would could have been another huge notch on the Azure belt of contracts, it's increasingly becoming a reality that Microsoft may walk away from the JEDI contract as bit-player rather than the solitary arbiter of the DoD's future cloud computing infrastructure.

With that being said, Microsoft seems prepared for that eventuality as it moves on to larger multi-billion contracts and puts its support by behind the US government amid 'prolonged' litigation.

“We agree with the U.S. [government] that prolonged litigation is harmful and has delayed getting this technology to our military service members who need it. We stand ready to support the Defense Department to deliver on JEDI and other mission critical DoD projects.”

It is also unclear where this will leave Amazon and the DoD if this becomes the reality of the JEDI contract. Amazon already partners with the DoD and other defense branches.

Amazon declined comment when asked by the Wall Street Journal regarding the news of defense officials potentially looking beyond the JEDI contract and the company's current legal complaint.