Microsoft continues to be hard at work on its Microsoft 365 service targeted towards businesses, enhancing many of its core services including Microsoft Search, Graph, OneNote, Excel, Planner, and others. The company's blog post is rather hefty, so we'll just touch the highlights.

As we have already reported, the Redmond giant has rolled out its Microsoft Search solution to all Microsoft 365 and Office 365 customers. It's powered by AI and Microsoft Graph and brings a unified search box across multiple Microsoft's services and allows users to search for business documents, contacts, web results and more.

Microsoft has also introduced its new Windows Terminal application at this year's Microsoft Build, which brings a tabbed interface and combines access to Powershell, Cmd, and the Windows Subsystem for Linux all in one application. 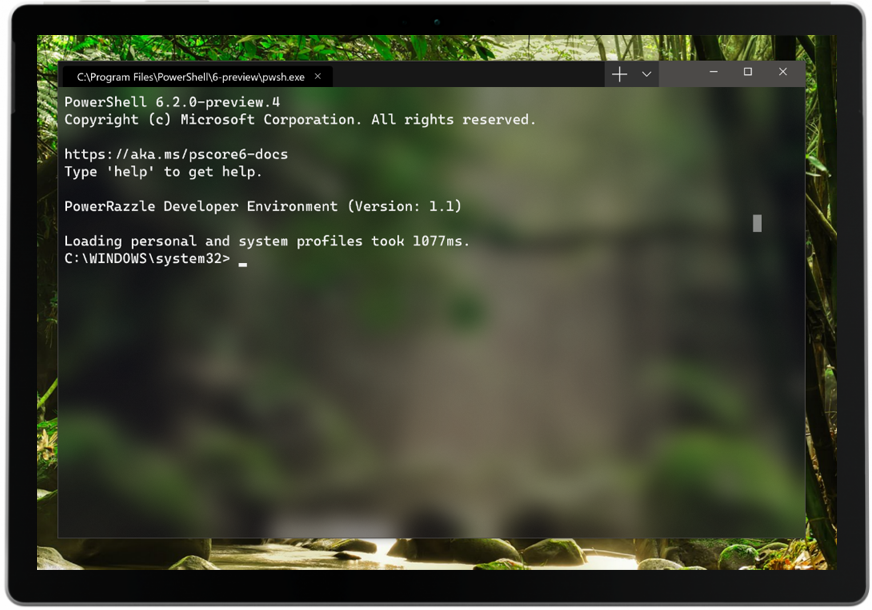 To those who use Microsoft Planner and To-Do in their workflows, the two apps now feature integration with each other to those who enable it. Tasks assigned to a user in Planner will now show up in the Assigned to Me tab, allowing them to complete the tasks in a simple list view.

For iOS users, Microsoft has also brought a feature that allows users to scan charts from within physical documents and convert them into digital Excel speadsheets. The feature was first introduced in Android, and works in 21 languages.

Dark theme lovers will also surely be pleased to know that the app for Window 10 devices will soon be able to support dark mode. The feature is currently limited to Office Insiders for now, who can set the theme to either light, dark, or automatic depending on the system theme. Additionally, to those who use OneNote, Microsoft has also added differential sync support to all file types, plus many other useful features.

And if you're big on security, Windows Hello has also received FIDO2 certification, which uses cryptographic keys for enhance security. To take advantage of these, you'll need to be running the Windows 10 May 2019 update.

Microsoft has also brought many other new features to the table, including Microsoft Graph data connect for deep insights about effective working patterns; numerous additions to Sharepoint; Forms integration in Stream for adding quizzes and polls, and many others can can be read more in-depth on the Microsoft 365 blog.