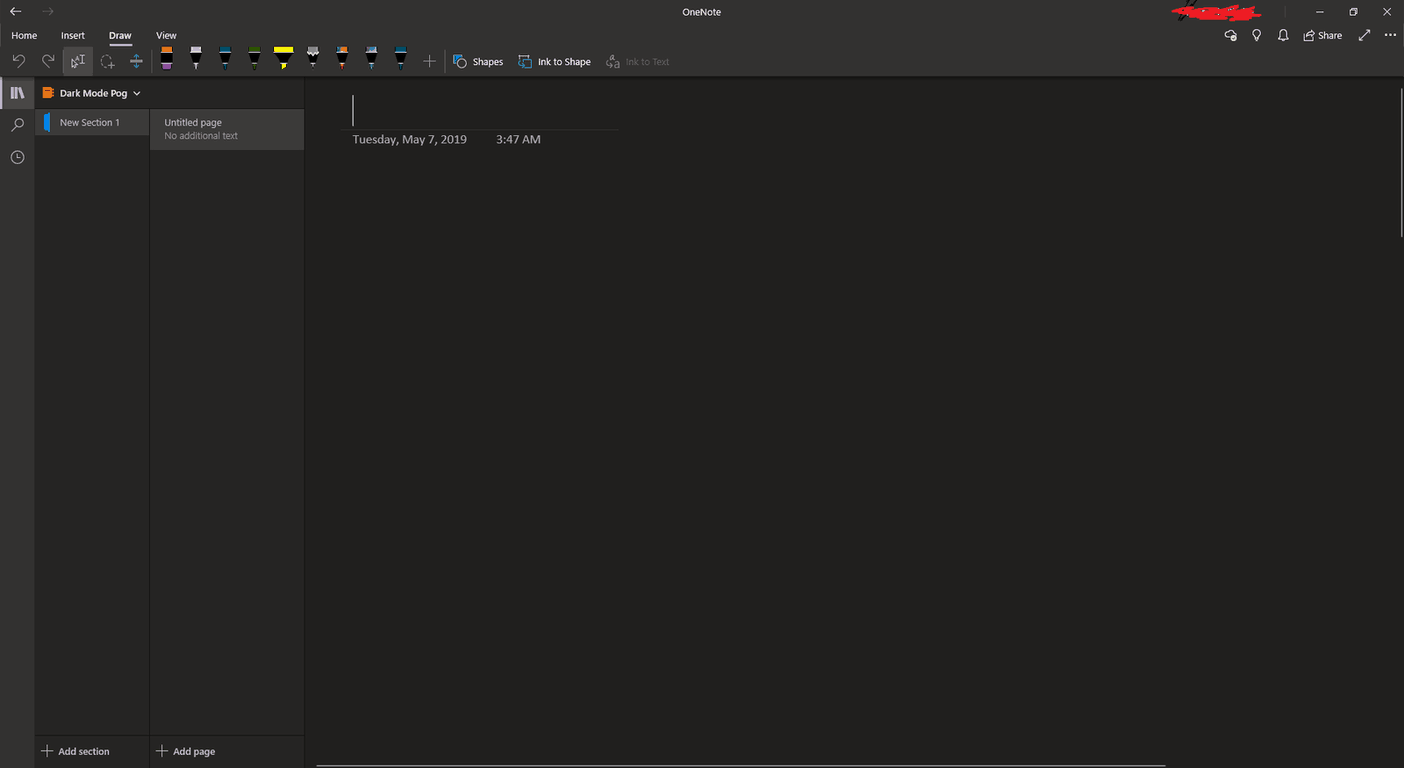 Everything is going dark these days. Microsoft and its Windows team are in the middle of consolidating their design efforts for Windows as they introduce "Dark Mode" to several elements of the desktop and apps.

A new entrant to the dark side is Microsoft's OneNote application for Windows 10. As spotted by Windows Central, Reddit user Grindiot teased images of the OneNote in dark mode that is apparently being tested with select Windows Insiders.

Similar to the rest of the Office suite and File Explorer, the background of OneNote now masks the bright white with a muted black and dark grey color scheme. Switching between light and dark themes can be done while within the app with a toggle or done at the Settings Page when applying them automatically.

Alongside the introduction of new icons and color schemes, OneNote is also getting some spruced up context menus prompts and Fluent design flares throughout.

NEW! When you click "+ Add Notebook" in #OneNote, you'll now be greeted with a more helpful dialog to help you get your new notebook 📒 and default sections set up easily 💜

As noted by WC, it seems the update is being selectively rolled out to Insiders for the moment. Checking the Windows Store might push the update to you or your device as soon as today.

WhatsApp will stop working on Windows phones after December 31, 2019