Ignite 2018: OneDrive Files On-Demand is coming to the Mac - OnMSFT.com Skip to content
We're hedging our bets! You can now follow OnMSFT.com on Mastadon or Tumblr! 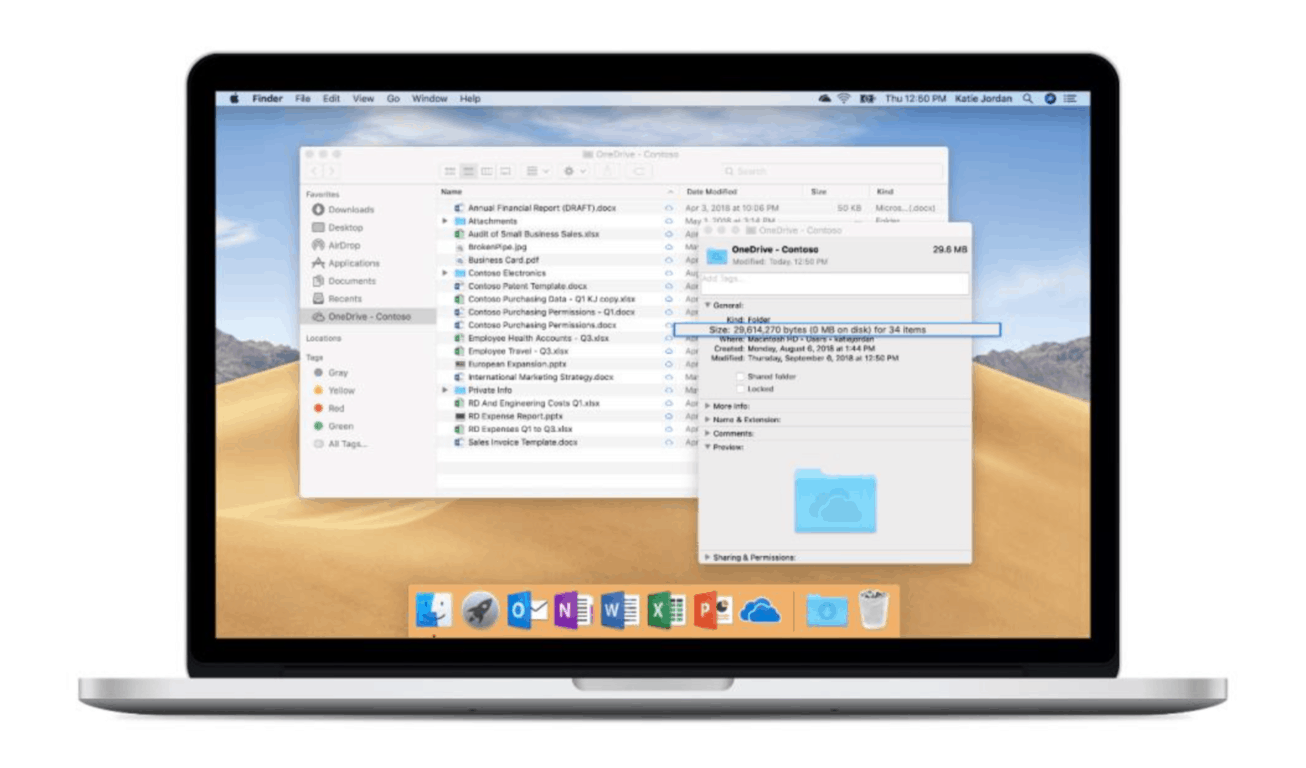 OneDrive Files On-Demand, one of the main new features that came with Windows 10 Fall Creators Update last year, is now heading to the Mac, Microsoft announced today at its Ignite conference. Soon, Mac users will be able to see all their OneDrive files in Finder but only download them when necessary.

For those unfamiliar, OneDrive Files On-Demand is an evolution of the Windows 8 OneDrive Placeholders, which disappeared when Microsoft launched Windows 10 back in 2015. With Files On-Demand, OneDrive users no longer have to choose which folders need to be synced locally, saving some useful store space along the way.

“Files On-Demand gives the Mac an intelligent connection to the cloud and is just one more example of the power of Office on the Mac platform,” said Ron Markezich, CVP, Microsoft 365 Commercial. This is the latest milestone in Microsoft’s ambition to make Office a first-class experience on the Mac, and Microsoft is also planning to bring all of its Office apps to the Mac App Store at some point.

To try OneDrive Files On-Demand on your Mac today, you'll have to be running macOS 10.14 Mojave (available later today on the Mac App Store) and make sure that you have an Apple File System (APFS) formatted volume to sync with OneDrive. Once you're ready to go, you can download the preview build here.

Microsoft is kicking off Ignite 2018 with its Vision Keynote, watch it here