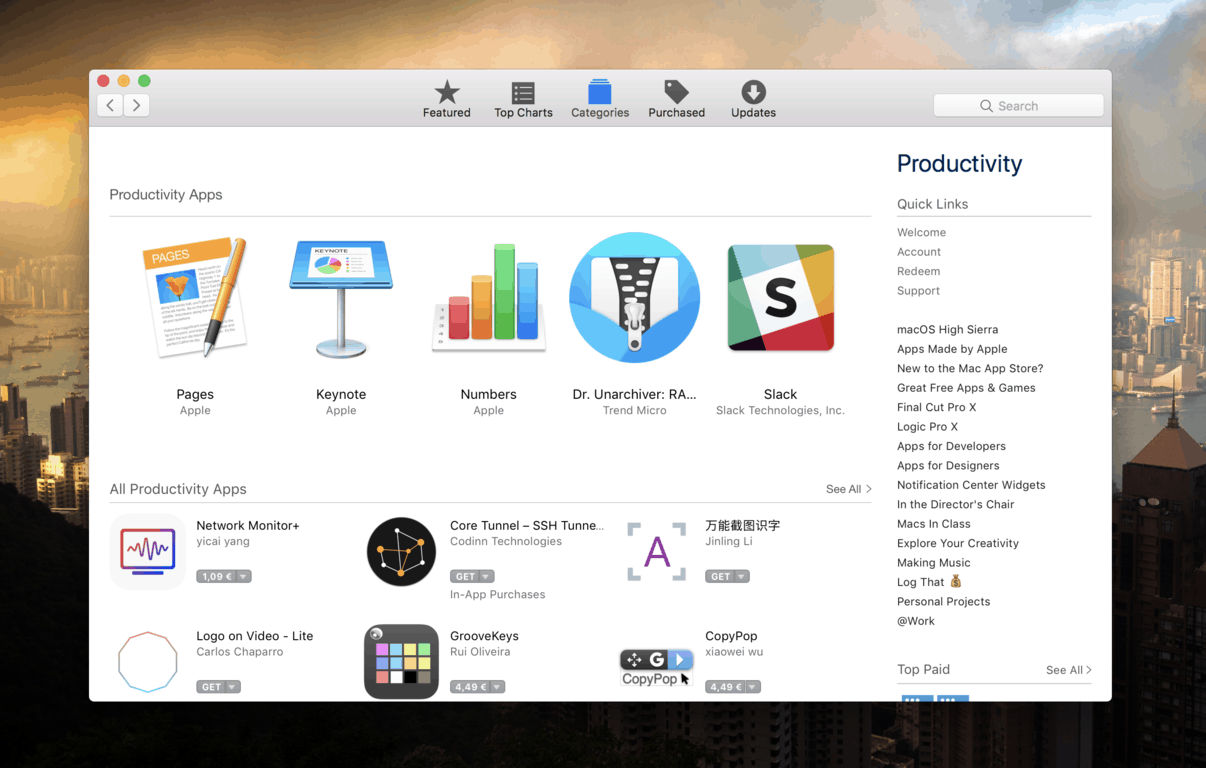 Apple kicked off its WWDC developer conference in San Francisco today, and during the macOS segment, the company announced that its upcoming redesigned Mac App Store will soon welcome Microsoft’s Office 365 apps. Microsoft already put some of its free apps such as OneNote and OneDrive on the Mac App Store years ago, but it looks like Microsoft realized that it was more convenient for users to bring all of its Office apps over there as well, just like Office 2016 is now available on the Microsoft Store.

The move is quite interesting as Microsoft recently released a standalone version of its OneDrive Mac client, which unlike the Mac App Store version uses its own update mechanism. As of today, Office 2016 for Mac also has its own AutoUpdate tool, with an option for automatic download and installing new updates, as well as joining the Office Insider program to test preview releases.

Apple's iWork productivity suite is currently right on top of the Mac App Store's Productivity category, and it will be interesting to see if the Office 365 apps will become a popular item in that same section. Apple said today that the redesigned Mac App Store in macOS 10.14 will introduce newly curated collections, videos on store listings and more, and it will ship later this Fall.