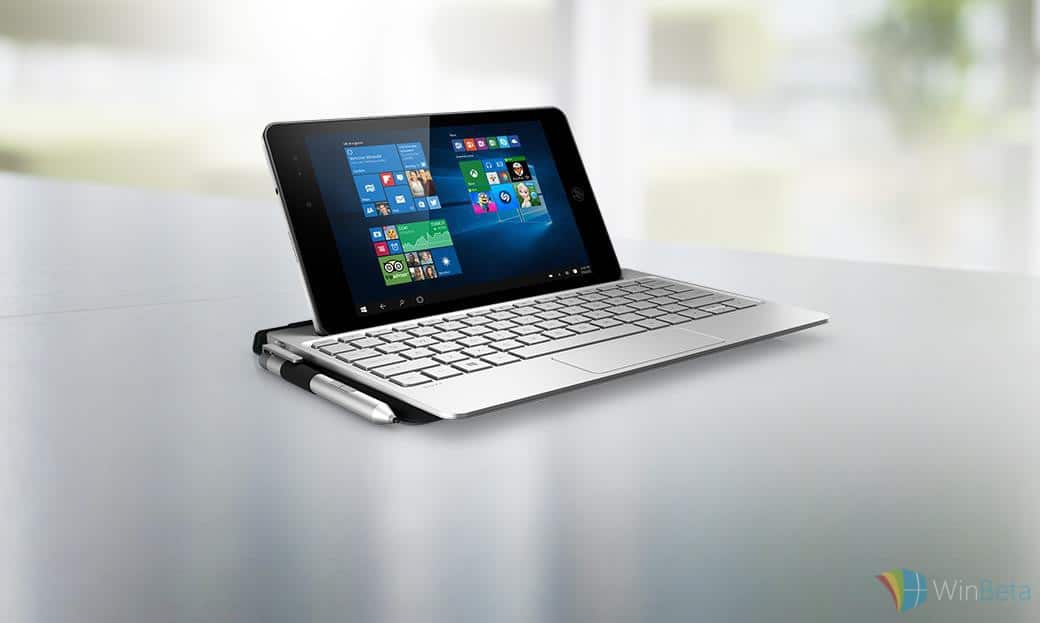 Remember the HP Envy 8 Note tablet which made a brief appearance in the company’s support documents last month? Well, the company has officially taken the wraps off their 8-inch Windows 10-based tablet dubbed the Envy 8 Note.

The new tablet ships with a stylus as well as an optional keyboard dock which is bigger than the tablet itself, but includes a trackpad. There’s also a small loop on the side to store the stylus. Furthermore, the keyboard is also equipped with a micro USB 2.0 port for charging.

“Customer feedback on previous generation tablets focused on how they like to use tablets for productivity on the go, so we created a device that offers the portability of an 8 inch tablet with the productivity of a small notebook,” said Michael Park, vice president and general manager, Mobility, Personal Systems, HP. “The HP ENVY 8 Note combines the portability of a Windows 10 optimized tablet with a nearly full-size premium keyboard that doubles as a protective case for the tablet.”

The tablet weighs 0.8 pounds and is only 7.7mm thin so you can rest assured that it’s not going to be too heavy if you’re a frequent traveller and want a Windows machine to travel along with you. There’s an 8-inch high-definition display sporting a resolution of 1920 by 1200 pixels with the processing handled by an Intel Atom x5-Z8300 with Intel HD Graphics, clocking from 1.44 GHz up to 1.84 GHz in turbo mode. The company says it can offer users with a battery time of 6.25 hours, but we’ll have to wait for the tablet to hit retail before we can draw conclusions about the average battery time.

The tablet also comes with LTE connectivity, but it only supports Verizon for now. Furthermore, there’s a micro SIM card slot, a micro SD card reader and a micro USB 2.0 port for charging and connecting accessories. Other features includes a 5MP rear camera for photos and videos, 2MP front-facing camera and ships with Windows 10 as its operating system.

The HP Envy 8 Note will be available from November 8th through the company’s online store as well as select retailers. The pricing starts at $329 for the tablet and the stylus, add the keyboard folio case in the bundle and the price rises to $429.