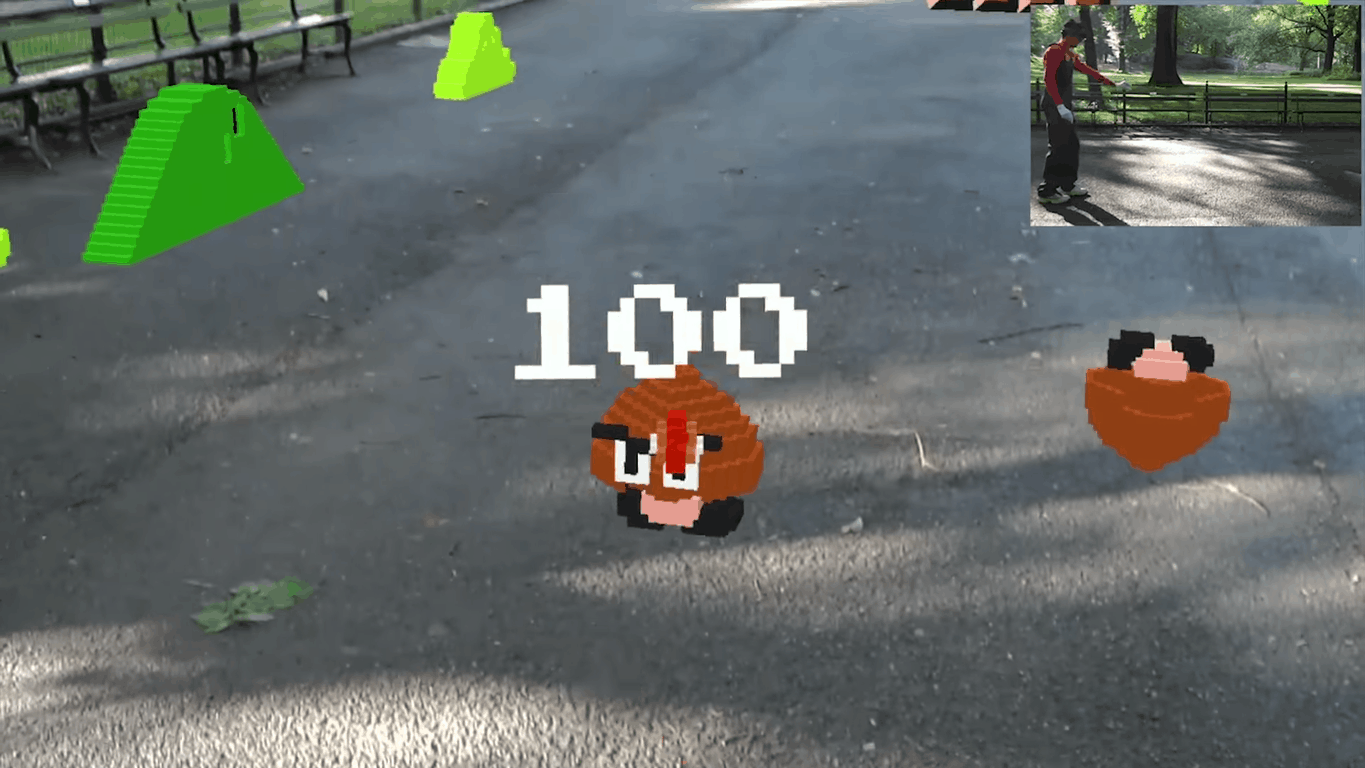 We’ve seen developers do some impressive Nintendo-themed things with Microsoft’s HoloLens before, including the creation of a Pokemon RPG, and a custom NES emulator for the virtual reality headset. Well, one 28-year-old developer has topped them all by bringing Super Mario Bros to New York’s Central Park, and it’s all powered by Microsoft’s HoloLens (via Neowin.)

As seen in the four-minute long video above, the 28-year-old developer, Abhishek Singh, recreated the iconic first level in Super Mario Brothers as a first person augmented reality game. Wearing the HoloLens headset, and dressed as Mario, the developer jumps around in the real world in Central Park and interacts with virtual objects from the Mario world and level, including the iconic mushroom, and goomba. Jumping up at blocks, and using his fingers, he even receives the fireball Mario powerup and flings it at enemies. And, at one point, he has to physically jump across holes seen in the virtual world.

Abhishek Singh developed the entire project in about a month using Unity 3D. He tells UploadVR that HoloLens’ limited field of view was not a hindrance in the game, but did remark that “if people aren’t familiar with the level they might miss a few things.” His other comments in regards to his creation can be seen below.

“I also had to model all the assets and elements of the game and at times rethink the experience and gameplay to work in a real-world 3D setting. The most time was probably spent on tweaking the game to work in a large outdoor environment,”

You can learn more about Abhishek Singh by visiting his website. And, for more about the game, and his other projects you can check out his YouTube channel.