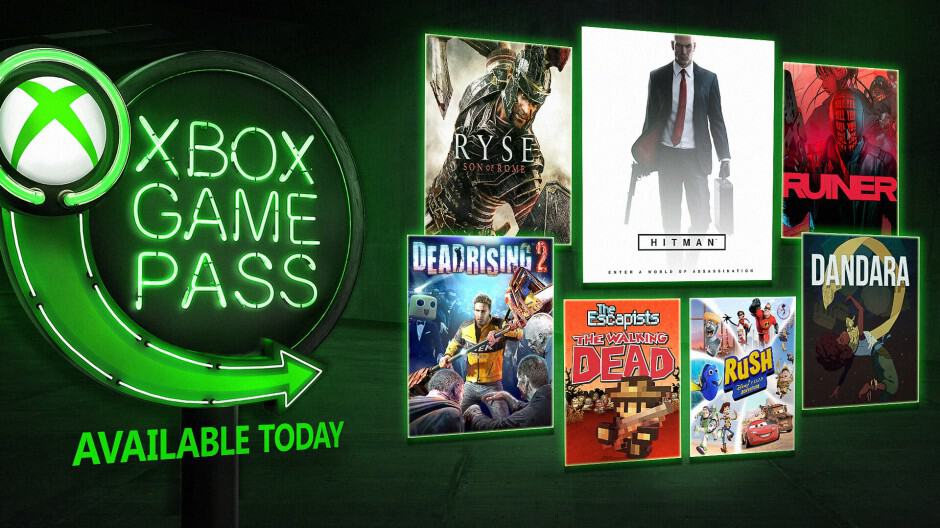 Microsoft was a bit late to announce it this time, but all the details about the Xbox Games Pass August update are finally out: Headliners include the Xbox One launch title Ryse: Son of Rome, Hitman Season 1, as well as the remastered versions of Dead Rising 2 and Kinect Rush: A Disney Pixar Adventure.

Other additions include the cyberpunk top-down shooter Ruiner, Metroidvania game Dandara and The Escapists: The Walking Dead. Hitman: Season 1, which was released back in 2016 as the sixth entry in the Hitman series (and the first one on 8th gen consoles) is probably the main highlight this month. This was the first Hitman game to experiment with an episodical format, a change that was met with a positive reception. The game was also enhanced for the Xbox One X last year, with support for 4K graphics, HDR and a 60FPS mode.

With Ryse: Son of Rome, Microsoft is bringing another Microsoft Studios game to the catalog, but there are still plenty left that have yet to be added including Ori and the Blind Forest, Minecraft, or any of the old Forza games. As Microsoft is offering Forza Horizon 2 to Xbox Live Gold subscribers this month, it's a bit surprising that Xbox Games Pass won't have feature any Forza game until the release of Forza Horizon 4 in October.

How to sync your emails, calendars, and contacts from Outlook.com or Office 365 to an Android phone