The prolific Microsoft leaker WalkingCat has leaked an official video trailer for the Xbox Series S, which includes a bit more details about its specs. First of all, the body will be nearly 60% smaller than the Xbox Series X, and Microsoft definitely deserves credit for fitting next-gen components in such a small form factor.

no point holding this back now I guess pic.twitter.com/SgOAjm3BuP

Microsoft has yet to specify if the Xbox Series S will support DirectML, a next-gen component of DirectX that the company previously detailed for the Xbox Series X, though it would make sense to use it to improve the console's upscaling technology. Just like Nvidia's Deep Learning Super Sampling (DLSS) technology on PC, DirectML will use machine learning to upscale images in 4K. This is a big deal for developers who will be able to target sub-4K resolutions while focusing GPU power on other things such as ray tracing, and the use of machine learning to reconstruct a 4K image should greatly improve visual quality. 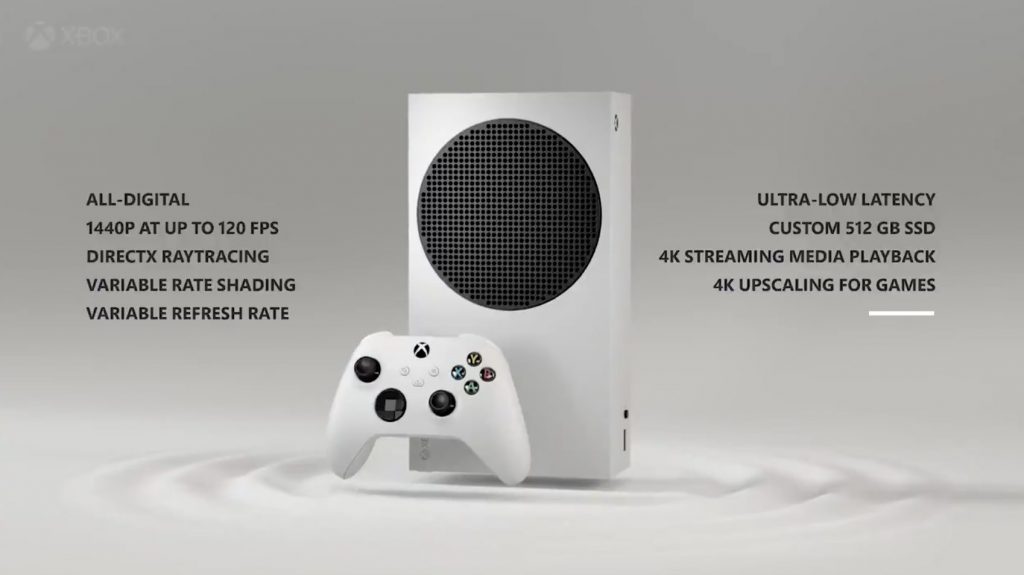 The Redmond giant also confirmed that the Xbox Series S will support DirectX Ray Tracing and Variable Rate Shading (VRS), two next-gen features that should make a real difference in games. DirectX Raytracing will allow developers to improve lighting, shadows, reflections, acoustics, and spatial audio, while VRS will increase GPU efficiency by concentrating shader work where it’s most needed. Microsoft has yet to share more details about the Xbox Series S’ GPU, but previous reports mentioned a custom AMD RDNA2-based GPU delivering 4 teraflops of computing power. In comparison, The Xbox Series X will have an RDNA2-based 12 teraflops GPU that will support 4K/60FPS, 120FPS, as well as 8K gaming.

We hope that Microsoft will soon share the full details about the Xbox Series S specs, but so far this cheaper next-gen console seems to deliver great value for $299. It should be a great offering for gamers interested in Xbox Game Pass, or those who only play a couple of games such as Fortnite or FIFA and don't want to spend $500 on a new console. Microsoft only confirmed a November release date for the Xbox Series S, but Windows Central revealed earlier today that both the Xbox Series S and the Xbox Series X would launch on November 10. With Xbox All Access, Microsoft will reportedly offer the Xbox Series S for as little as $25/month for 24 months, while the $499 Xbox Series X will be available for $35/month. If true, it remains to be seen how Sony will price its PlayStation 5, which will also have a cheaper discless version.