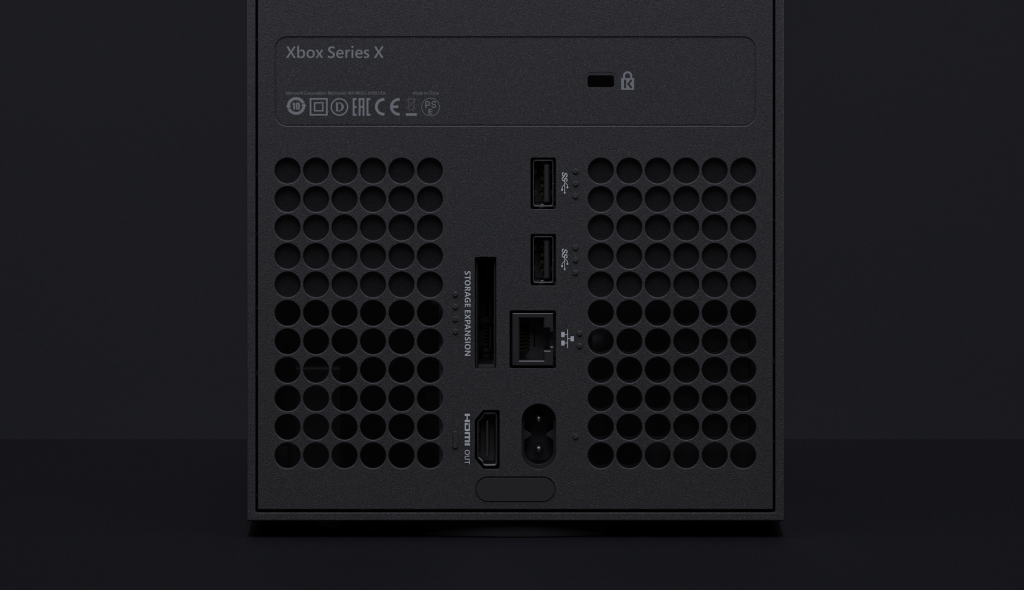 Microsoft shared the full details about the Xbox Series X earlier today, and one of the highlights was the new Xbox Velocity Architecture powered by the console’s custom 1TV NVMe SSD. With a 2.4 GB/s bandwidth (4.8 GB/s compressed, with custom hardware decompression block), the console’s internal storage will be much faster than regular SSDs you can find on the market today, but deep software integration will also help to improve asset streaming and eliminate loading times.

Xbox Series X will also support external storage via official 1TB Storage Expansion cards built by Seagate. There has been some confusion about these proprietary cards, which will be required to install Xbox Series X games on external storage, but slower USB 3.1+ external hard drives will still be supported on the new console for running Xbox One, Xbox 360 and OG Xbox games.

You can continue to use your USB 3.1+ external hard drives on Xbox Series X & run Xbox One, 360 and OG Xbox games directly from the external USB HDD. Games optimized for Xbox Series X & Velocity Architecture need to be run from the internal SSD or the Expandable Storage Drive

The reason why Xbox Series X games can only be installed on internal storage or official expansion cards is simple: the latter will provide the same level of performance as the console’s internal SSD, and games optimized for the new Xbox Velocity Architecture requires ultra-fast storage you can’t find on external SSDs connected via USB 3.2. We don’t know the price yet for these Seagate Storage Expansion cars, but we’re talking about cutting-edge storage technology and that likely won’t be cheap.

We are proud to announce our partnership with @Xbox to develop the Seagate Storage Expansion Card For Xbox Series X, custom-built to take full advantage of the Xbox Velocity Architecture. Providing extra space without sacrificing speed and performance. https://t.co/QvfJHZ71mY pic.twitter.com/bLUg2DSheP

So far, there’s a lot to like about Microsoft’s hardware choices for Xbox Series X, and this new Xbox Velocity Architecture appears to be a real game-changer. In case you missed them, we invite you to check out two new videos showing how Xbox Series X will reduce loading times and resume paused games in an instant.