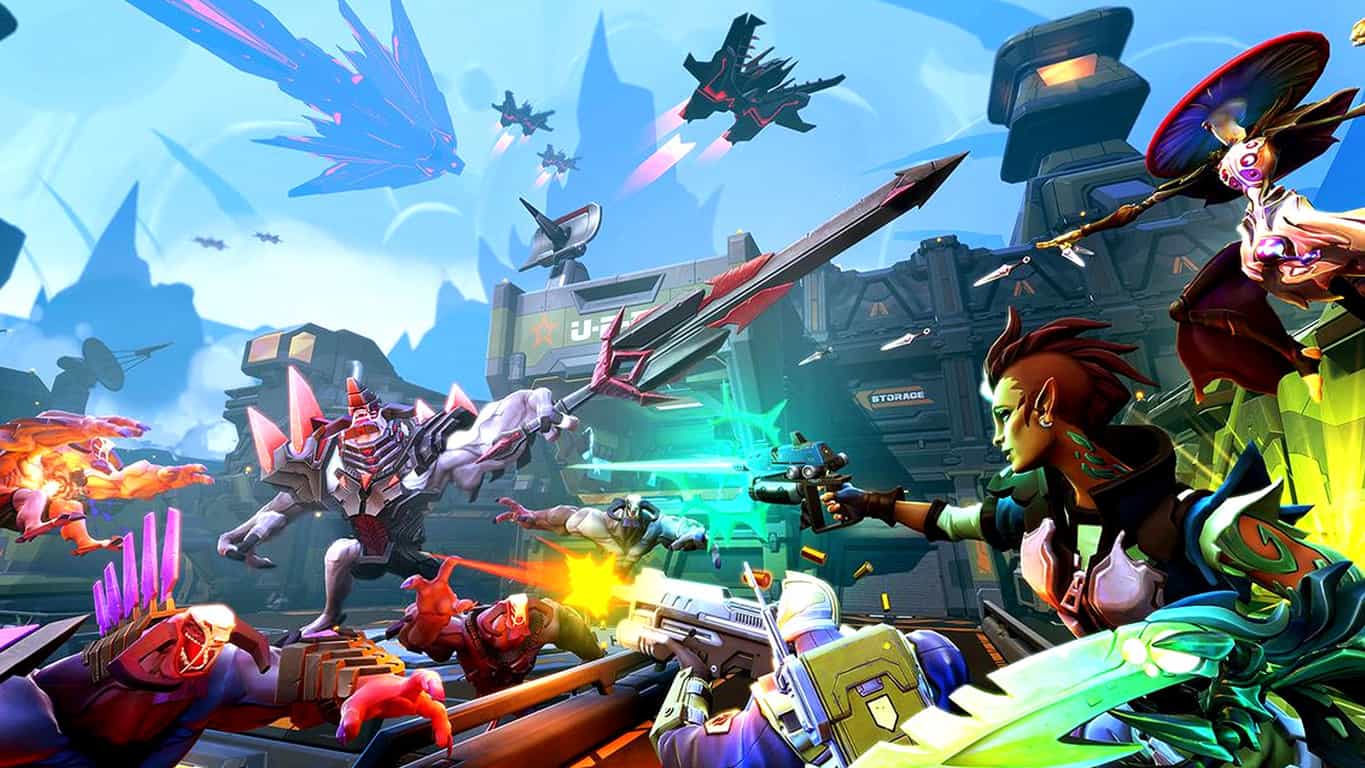 If you haven't had all of your time eaten up by the recent release of Dark Souls III, then you may want to take a look at the hefty number of open betas that have either opened up just this week or are coming up on the horizon. Incredible games are lined up for the coming season, and with Xbox's access to their betas, you're going to be able to dip your feet into them a little bit early.

Here's a look at all of the betas coming up, and when you can get into them.

A tremendous band of badass heroes fight to protect the universe’s very last star from a mysterious evil in this next-gen shooter by the creators of Borderlands. Slash and parry, run and gun, cast and dash, or simply obliterate foes while building and growing your personal team of heroes.

Author's note: Battleborn's open beta launched today on PC, PS4, and Xbox One, and it's pretty incredible. This first-person MOBA from Gearbox studios brings together all of the best parts of League of Legends and Halo - It's definitely worth checking out, as entry is totally free right now.

Clash on the battlefields of tomorrow and choose your hero from a diverse cast of soldiers, scientists, adventurers, and oddities. Bend time, defy physics, and unleash a dizzying array of extraordinary powers and weapons. Engage your enemies in iconic locations from around the globe in the ultimate team-based shooter. Take your place in Overwatch...the world needs heroes.

Overwatch, Blizzard's shooter, has been in closed beta for a long time and has received rave reviews. It's absolutely incredible, bringing together some of the best elements of shooters like TF2 and Dirty Bomb to create a fast-paced objective-based shooter with a memorable cast of characters. This beta isn't open, and so if you want entry, you're going to have to sign up.

Developed by id Software, the studio that pioneered the FPS genre, the DOOM Digital Deluxe Bundle includes the brutally fun and challenging base game plus Season Pass with access to all three DOOM multiplayer DLC packs for one price. Relentless demons, impossibly destructive guns, and fast, fluid movement provide the foundation for intense, first-person combat – whether you’re obliterating demon hordes through the depths of Hell in the single-player campaign, competing against your friends in numerous multiplayer modes, or expanding your gameplay experience using the DOOM SnapMap game editor.

DOOM is one of the most important franchises in all of the FPS genre, as without it, we probably never would have gotten any of the games that we have nowadays. The multiplayer beta is available starting in just a few days, and if you want in, you can go ahead and pre-order the game.

A new saga begins for one of the most acclaimed video game franchises in history. After narrowly escaping an attack on their village, JD Fenix and his friends, Kait and Del, must rescue the ones they love and discover the source of a monstrous new enemy.

Gears of War is one of the featured franchises that everyone thinks of when they hear "Xbox." After being gone for some time, the Gears of War franchise is coming back for its fourth numbered installment. Gears of War 4's multiplayer beta is coming, and it's ready for the Xbox One's floodgates to open. Starting on 4/18, anyone who has played Gears of War: Ultimate Edition can get into Early Access for the beta. On 4/24, everybody else is going to be invited.

As expected, Fable Legends beta shuts down, refunds will be issued