Harman Kardon Invoke shows up on the Microsoft Store, with a price even higher than we thought

Earlier today, we reported that Harman Kardon’s Invoke speaker briefly appeared on Microsoft’s Xbox Live Rewards website, with a $150 average selling price. While the Cortana-powered speaker is no longer listed on this page, Microsoft watcher WalkingCat has just discovered a store listing for the product on the US Microsoft Store.

Interestingly, the store listing indicates a $199.95 selling price, which is 33% more expensive than what the Xbox Live Rewards website previously revealed. But as WalkingCat noted, this price may not be accurate as Microsoft apparently published the listing by mistake, and the page is still missing other details at the time of this writing. 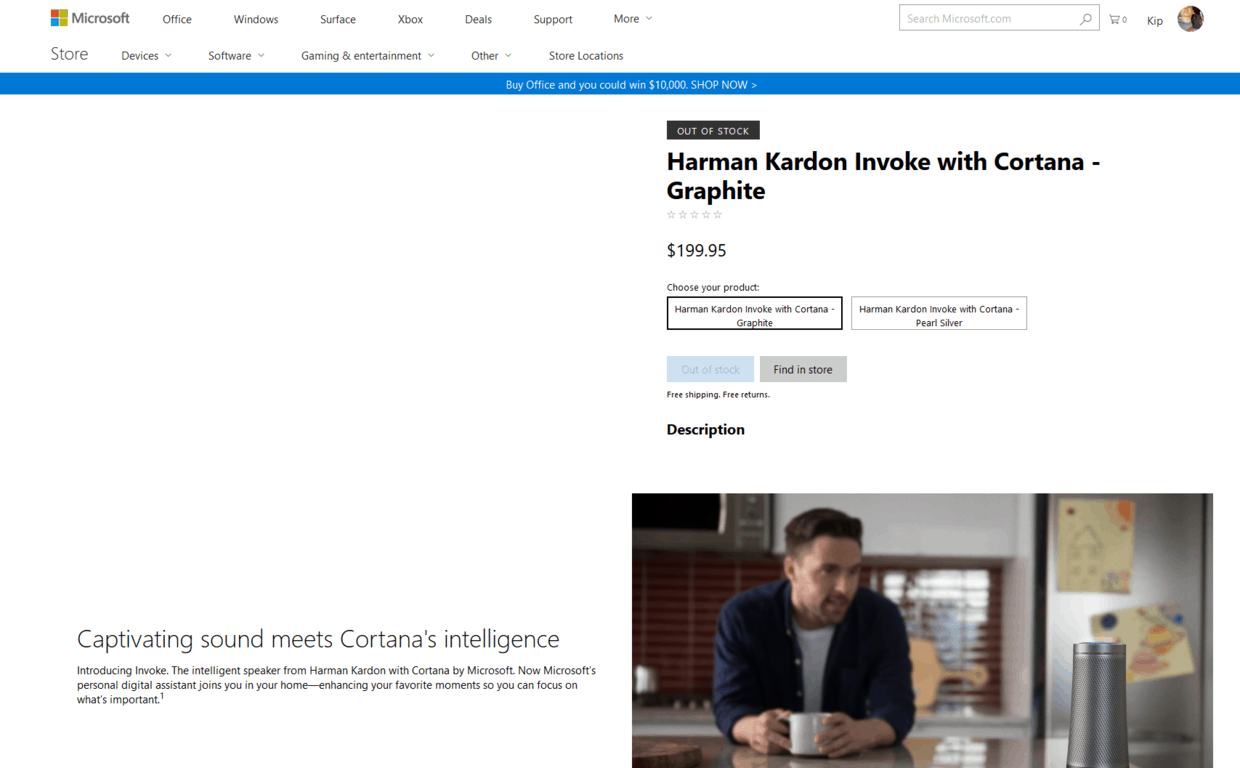 The store listing is missing some details for now.

The Invoke is unsurprisingly out of stock for now, and there are also no product pictures at the top of the page. The connected speaker will be available in two colours, Pearl Silver (white) and Graphite (black), something that Harman Kardon previously revealed earlier this year. At the bottom of the store listing, a note also indicates that customers will get six months of free Skype calling to mobile phones and landlines in the US.

The Invoke will be available in the US at select retailers and Microsoft Stores this Fall, and we already know that set up will require the Cortana app for Windows 10 PC or phone, Android or iPhone. We’ll let you know as soon as we learn more details about this first Cortana-powered speaker.