This year, Halo was completely absent from Microsoft's E3 2017 media briefing, and it was a bit disappointing to see one of the biggest Xbox exclusive franchises not benefiting from all the Xbox One X hype. Fortunately, Halo developer 343 Industries kept a few surprises for us for later this year, as the game studio just announced an upcoming 4K update for Halo 5: Guardians.

"Today we are excited to officially confirm that Halo 5 will receive a game update to support true 4K with the release of Xbox One X later this year," shared 343 Industries. The developer will share more details about the update before the release of the Xbox One X in November, but we really expect the game to be enhanced for the Xbox One X on day one of availability of the new console.

The team made another blockbuster announcement today: all remaining Xbox 360 Halo titles will soon become backward compatible on the Xbox One, which means that Halo: CE Anniversary, Halo 3, Halo 3: ODST and Halo 4 will finally join Halo: Reach, Halo: Spartan Assault and Halo Wars on the list. Even better, all map packs for these old Halo titles will soon be free for everyone, and all games will also support LAN Play on Xbox One (including between Xbox One and Xbox 360 consoles). "We’ll have more details on the release timing soon but in the meantime, join us at RTX Austin 2017 for an exclusive hands-on preview with Halo 3 and Halo 3: ODST running on Xbox One," shared 343 Industries. 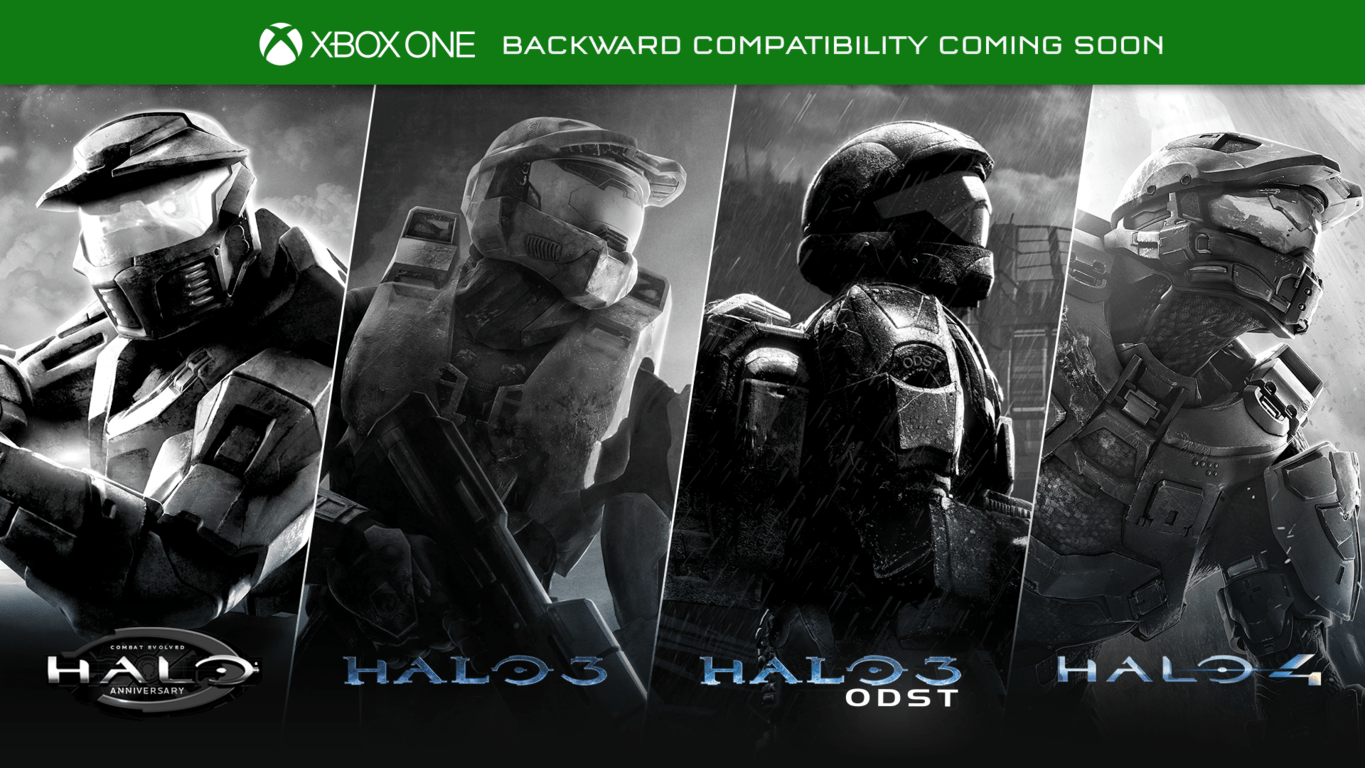 It's great to see these old Halo games will finally join the Xbox One Backward Compatibility list, which also means Halo fans will no longer be forced to purchase the Xbox One bundle Halo: The Master Chief Collection to play them on the new console (you may still want to buy it if you want to enjoy the remastered graphics and 60FPS gameplay). As you know, 343 Industries won't be talking about Halo 6 for quite some time, but these latest announcements are probably just what Halo fans needed to hear to make the wait more tolerable.