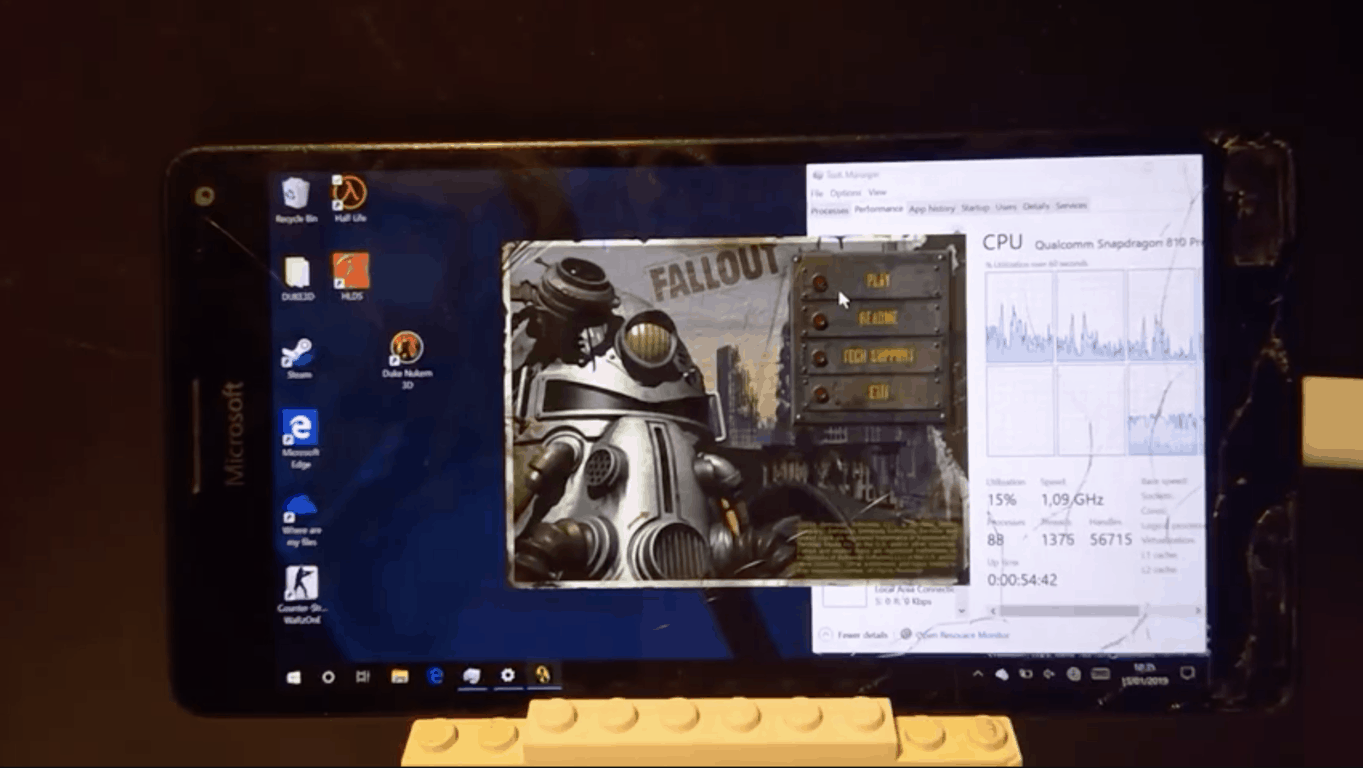 Since Microsoft announced that Windows 10 Mobile will no longer be supported after December 2019, some adventurous hackers have been trying to breathe new life into Windows phones. The most interesting experiments revolve around installing Windows 10 on ARM on these devices to replace Windows 10 Mobile, and get access to the huge library of legacy Windows apps.

Of course, running full Windows 10 on such small-screened devices isn’t really a great experience, and in addition to various driver issues, you'll also lose phone capabilities as Windows 10 doesn’t have a phone stack. Still, that hasn't stop hackers from continuing to experiment with Windows 10 on ARM on old Windows phones. Yesterday, Reddit user Wall_SoGB posted a video of a Lumia 950XL with Windows 10 on ARM running the original Fallout PC game from 1997. While this is a very old game, it actually runs through emulation on Windows 10 on ARM which causes quite a bit of lag, even on a device with an octa-core Snapdragon 810 SoC.

In the Reddit thread, Wall_SoGB shared that he tried running other PC games like Duke Nukem 3D which ran at 15 FPS, while the more recent Fallout 3 ran at a sad 1 FPS. “Weirdly cpu usage is low, often below 50%, maybe because of the way emulation works,” the hacker noted.

This is still an impressive demo, and it's hard not to think about all the possibilities Windows 10 on ARM could offer on pocketable devices like Microsoft's rumored Andromeda project. However, the company's new game streaming technology codenamed Project xCloud could well be a much better alternative to Win32 app emulation on mobile processors. If you can stream modern games on your iOS or Android phone (in addition to millions of mobile apps and games), maybe having full Windows on a pocketable device won't seem so exciting for the majority of consumers.

How to get dark theme title bars in Windows 10, without changing your accent colour