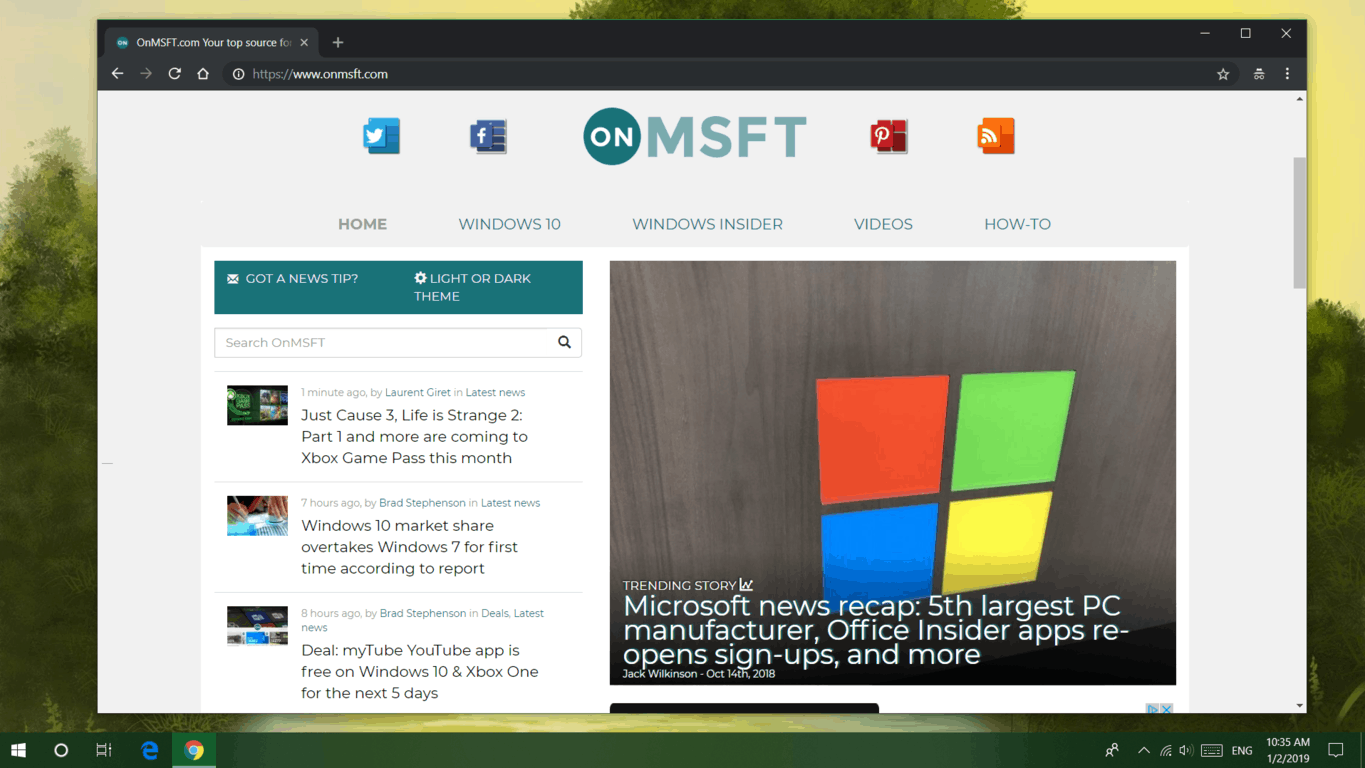 Google is adding support for Windows 10’s Dark mode to its widely popular Chrome web browser, as spotted by BleepingComputer. According to the source, the theme will kick in automatically when a user switches on Dark Mode from the Settings app, improving convenience over Microsoft’s own Edge browser , both of which require dark mode to be turned on manually from the browser options. This was mentioned in a bug report for Chromium, which states:

Windows 10 allows users to set their apps to “light” or “dark” mode.  Chrome should respect this.

The most obvious hack is to use the default incognito color scheme in normal mode (as well as incognito) if the system is in dark mode.  Long-term, we should perhaps have a better answer.

This has been a popular external request for some time

Chrome has already added dark mode to macOS Mojave a few months back, and today’s news sheds some new light for fans of dark mode. Windows 10 has had dark mode since 2016, so it’s certainly odd that macOS got Chrome’s dark mode first despite its later release date on Apple’s computer operating system than on Windows.

Despite the developers adding the new dark mode, Chrome could still get some serious competition down the road seeing as how Microsoft is replacing it’s web rendering engine with Chromium later this year in the Edge brower. Microsoft cites better web compatibility as their reason for the change, especially seeing as how many web applications tend to recommend Chrome or Firefox to users of Edge.

Do you think this change will increase the appeal of Dark Mode in Windows 10? Let us know in the comments.