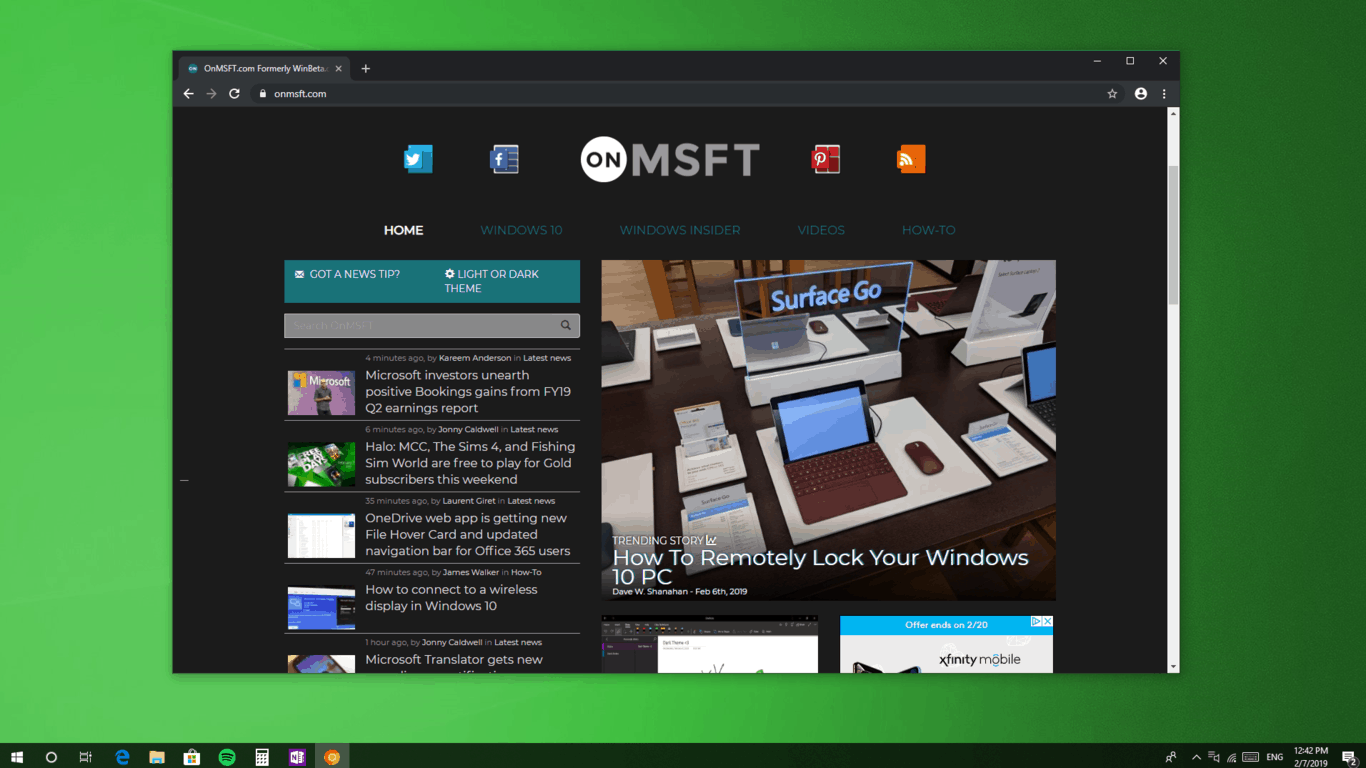 We recently reported that the widely popular Google Chrome web browser was getting dark mode in Windows 10. Today, as spotted by The Verge, it appears anyone can try out the new dark mode right away by downloading the latest build of Chrome Canary. It's a better implementation of dark mode than that in Edge, as Google's browser can change automatically when the system does whereas Edge still needs to be switched manually.

Chrome Canary is Google's most experimental beta testing branch for the browser. Users in this branch can try new features like the dark mode option before it's even send out to standard beta testers. Both Windows 10 and macOS users will be able to take advantage of the new feature in the latest build, however, this is a highly experimental feature. Features in Chrome Canary are always susceptible to breaking and can sometimes stay in the same branch for months.

Despite this, Microsoft could be attempting to give Microsoft a run for their money when they introduce their Chromium-based version of Edge which might be coming very soon for those who wish to beta test it. Still, with both browsers gaining dark mode and being powered by the same web rendering engines, and with Microsoft's investments in the Chromium project also making Chrome itself better, it makes one wonder if Microsoft's browser will even still have an Edge over Google's much more popular alternative.

Still, anyone who is a fan of dark mode will surely enjoy the new update coming out, so hopefully everything goes well and we might see it in the next couple updates on the stable version of Chrome.

Microsoft starts Unboxed YouTube series, starting with this one on AI for Good