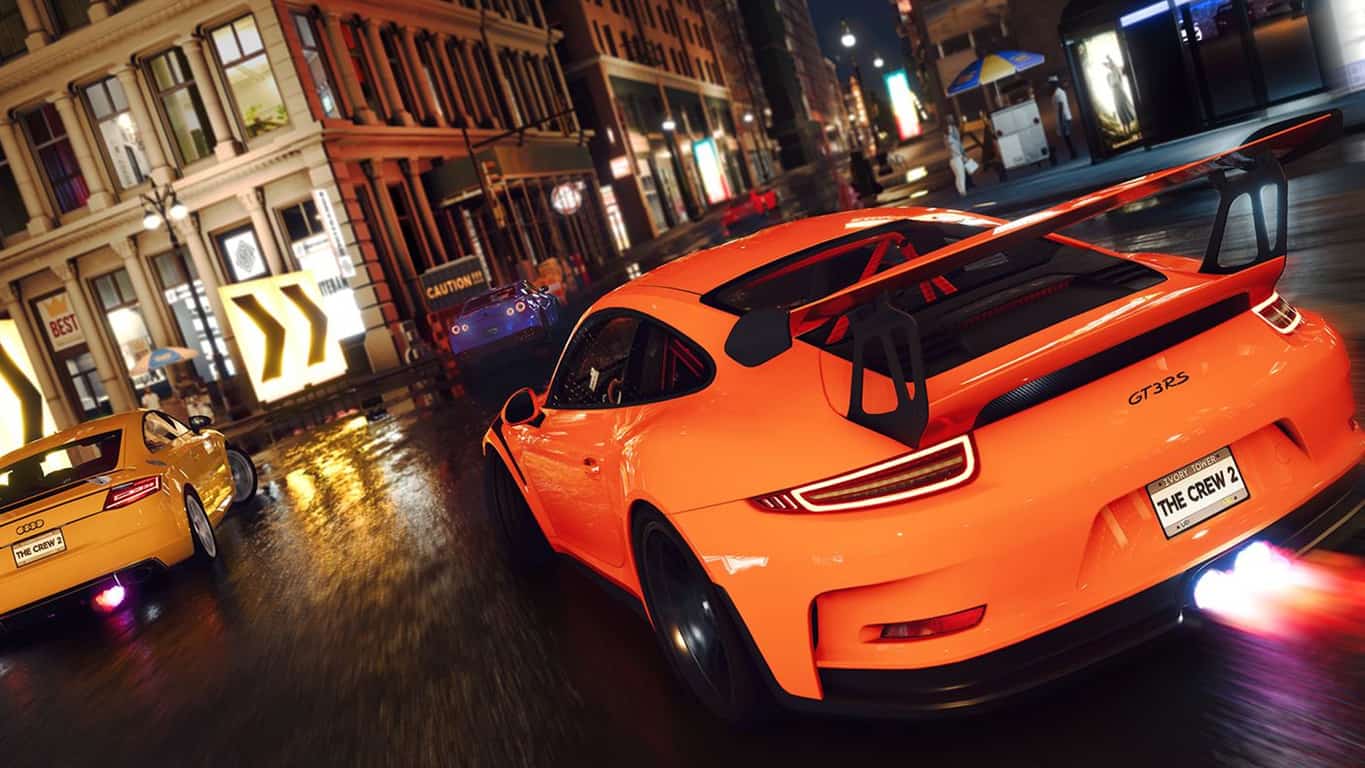 Gears of War 4 and The Crew 2 Standard Edition will be free to play on Xbox One consoles for all Xbox Live Gold subscribers this weekend.

From 12:01 a.m. PT on April 25th through to 11:59 p.m. PT on April 28th, Xbox Live Gold subscribers can download and play both video games in full as if they owned them outright. As with previous free play weekends, all progress will save to the cloud and be available in the future should players choose to buy them.

Note that The Crew 2 is currently selling with a 70% discount for the next four days.

Here's the official descriptions, trailers, and download links for each game.

A new saga begins for one of the most acclaimed video game franchises in history. After narrowly escaping an attack on their village, JD Fenix and his friends, Kait and Del, must rescue the ones they love and discover the source of a monstrous new enemy. Never Fight Alone: Enjoy two-player co-op campaign with friends locally via split-screen or over Xbox Live. Player 2 can select either Kait or Del. Horde 3.0: Team up with four others and battle wave after wave of increasingly difficult enemies by choosing your combat class, leveling up your skills and deploying fortifications anywhere on the map. Explosive Versus Multiplayer: Compete online in new and favorite game types, all at 60fps on dedicated servers. A new visible ranking system means fairer matchmaking for social, competitive and professional players alike.

In The Crew® 2, take on the American motorsports scene as you explore and dominate the land, air, and sea of the United States in one of the most exhilarating open worlds ever created. With a wide variety of exotic cars, bikes, boats, and planes to choose from, experience the unbridled thrill and adrenaline-pumping excitement of competing across the entire USA as you test your skills in a wide range of driving disciplines. Record every heart-pounding, asphalt-melting moment and share them with the simple push of a button - fame is yours to take! Play with up to7 other friends online.

Are you going to play Gears of War 4, The Crew 2, or maybe both? Let us know in the comments below and then follow us on Twitter for more Xbox gaming news.