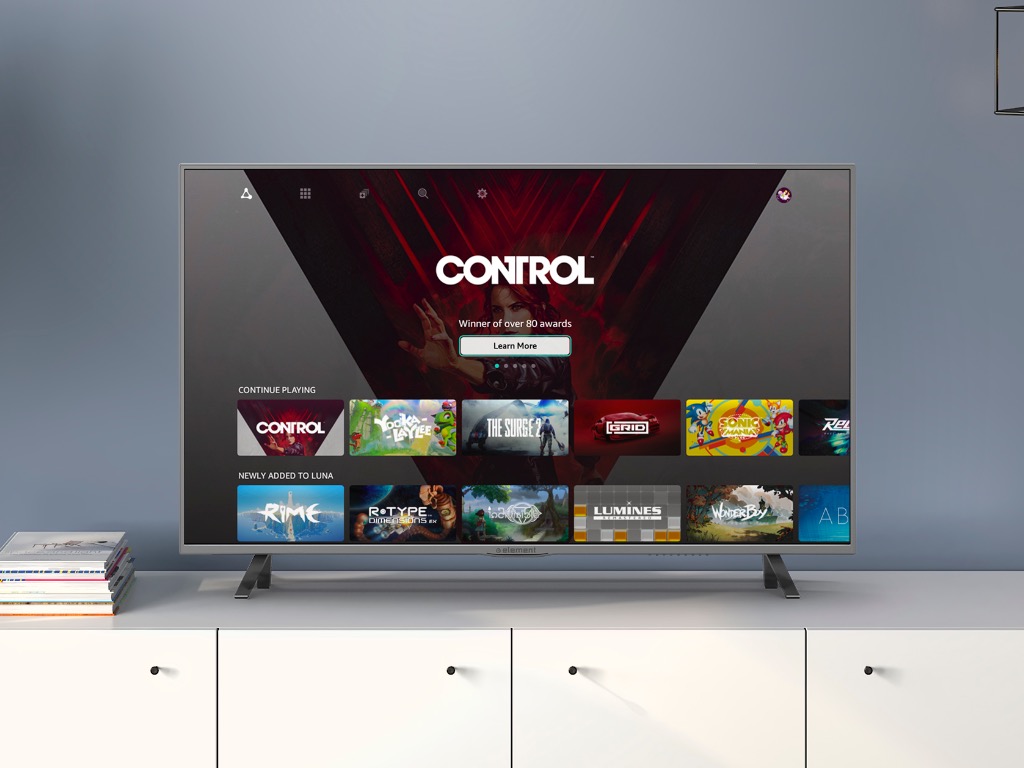 Amazon announced its new cloud gaming service named Luna yesterday, which will launch first in limited preview in the US. For $5.99, a Luna+ subscription will provide access to a catalog of games on Amazon’s Fire TV devices, Windows PCs and Macs, as well as iPhones and iPads through the web.

At launch, the Luna+ catalog will include some pretty great games such as Control, Metro Exodus, Resident Evil 7: Biohazard, or A Plague Tale: Innocence. A separate Ubisoft channel will provide access to the upcoming Assassin’s Creed: Valhalla, Watch Dogs: Legion, and more Ubisoft games.

It wasn’t clear yesterday how Amazon managed to get all these games available on Luna at launch, but we’ve since learned that the game streaming service will use Windows servers, which should make it easy for game developers to bring their existing and upcoming Windows games to the service.

Amazon confirmed in a roundtable today that Luna runs a Windows environment. Developers just need to get their Windows x86 games set up on AWS, and that's pretty much it. This is a significant advantage over Stadia, at least.

As a reminder, Google chose a completely different approach with its Stadia platform, which is based on Linux and requires game developers some work to port their games on this new platform. So far, Google managed to convince big publishers such as Ubisoft, Square Enix, Bungie, and Rockstar Games bring their games to Stadia, but overall the catalog of games on Google's platform remains pretty small.

Google also chose a different business model for Stadia with a Stadia Pro subscription that provides a couple of new free games every month, but other Stadia games need to be purchased separately. Amazon Luna is much more similar to Microsoft’s Cloud Gaming service (Project xCloud), where users pay a monthly subscription to enjoy a frequently updated catalog of games.

Earlier this year, Xbox head Phil Spencer said that Amazon and Google were Microsoft’s true rivals in the gaming space, not Sony or Nintendo. Thanks to its Windows environment, aggressive pricing, and Twitch integrations, Luna could well force Google to make some serious changes to its Stadia platform.

Microsoft is also probably feeling some heat today as its own Cloud gaming service remains only available on Android devices, while Stadia and Luna both have a PC and TV presence. Amazon also managed to bypass Apple’s restrictive App Store rules by making Luna available on Apple’s Safari mobile browser, something that may well give Microsoft and Google some ideas.

Amazon Luna will be only available in the US at launch, and you’ll need to register here to get early access to the service. Do you think Amazon has what it takes to become an big player in the cloud gaming space? Let us know in the comments below.