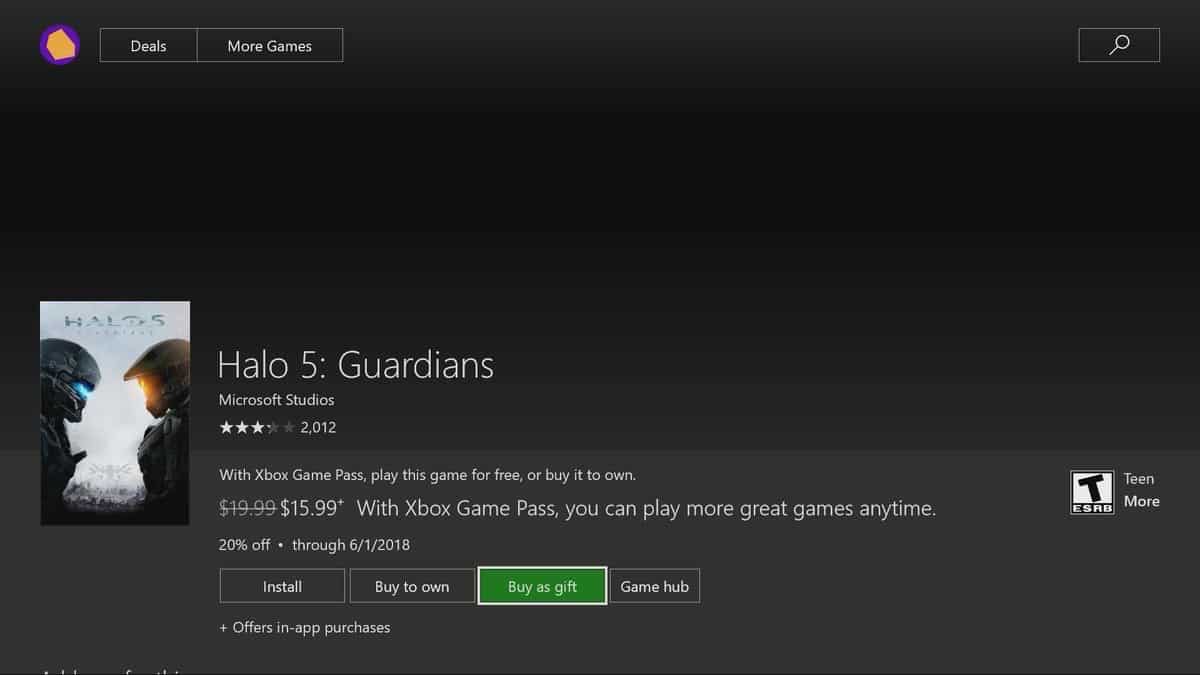 As we’re getting closer to the holiday season, the Xbox team announced today that game gifting from the Xbox store is now available for Xbox Insiders. Some Alpha Insiders discovered the option a couple of weeks ago, and it’s definitely a great addition to complement the recent Fall update for the Xbox One.

The ability to gift digital Xbox games will hopefully be available for everyone in the coming weeks, assuming Microsoft wants to capitalize on the holiday season to drive game sales. Xbox’s Mike Ybarra also teased that other features are coming soon to Xbox insiders. Back at E3 2017, Microsoft unveiled a massive revamp for Xbox avatars that is excepted to launch later this Fall, and we hope that's still in the pipeline for this year.

Are you looking forward to gift games to your friends and family, or do you still prefer to purchase physical games? Let us know below.