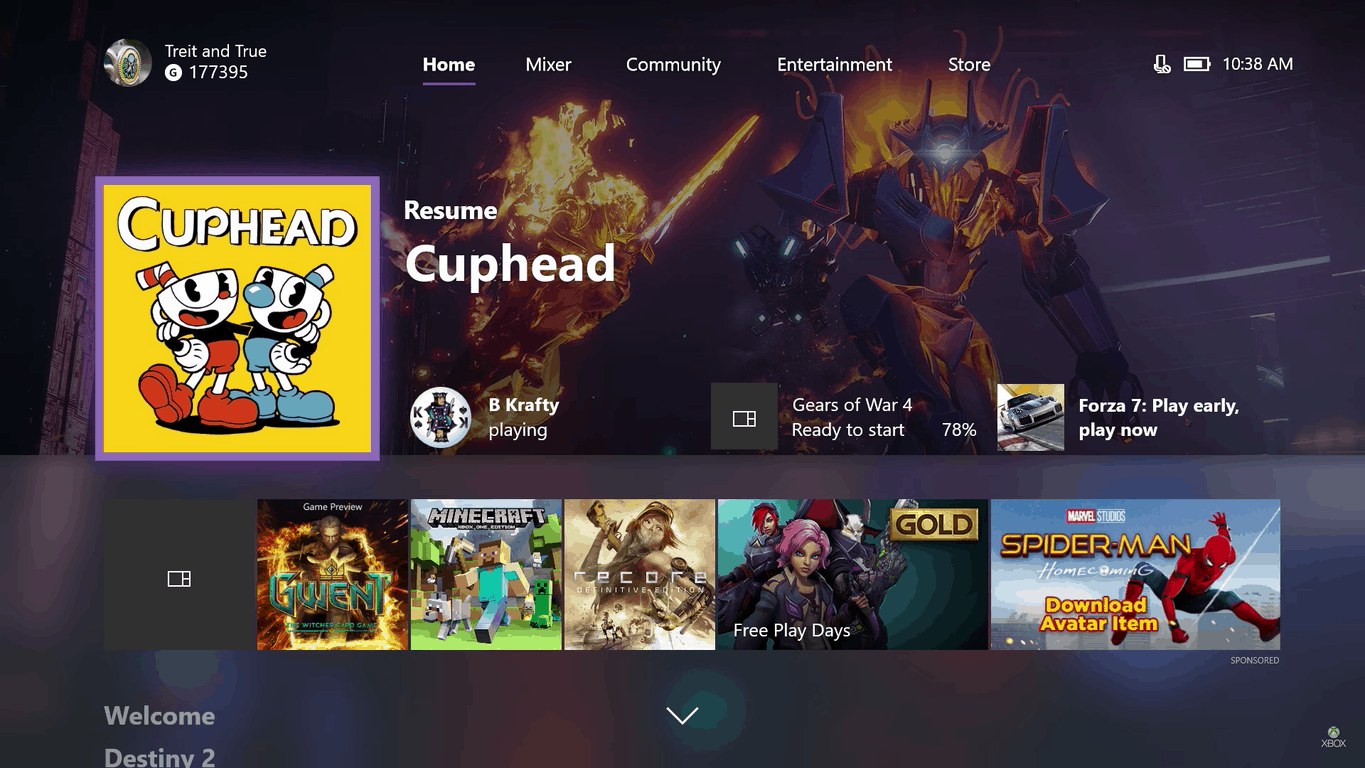 After months of testing with Xbox Insiders, Microsoft today officially announced that the Fall Update for the Xbox One is available for everyone to download. The update includes the renamed Microsoft Store, a redesigned Dashboard, community tabs, and much more. Without further ado, here is what you need to know before you install it on your console.

The Dashboard is more personal:

The Fall update for Xbox One brings the option to customize your dashboard with new Content Blocks. The new Dashboard experience lets users put the content they want to see all in one place, and blocks can be removed and changed around as the user sees fit. Other new features include support for up to 40 pins and more:

The Guide is faster, powerful, and more convenient:

Microsoft is saying that the Fall update makes the Guide much more convenient. You can now move left and right between horizontal tabs with the left thumbstick or bumpers. Check out the other enhancements to the guide below:

Other improvements to notifications, Profiles and more:

New in the Fall Update are some features which will help you keep up to date with your Xbox while away. There is a new enhanced notification system which will show you time-sensitive activities and status when Xbox is Idle. Also new is an enhanced screen-dimming functionality which further reduces screen ghosting. Game Hub, Profiles, and Community feed also see enhancements as well:

Helping you upgrade to Xbox One X:

With the Fall Update, Microsoft has thrown in a couple of features which will make it easier to set up a console for new users and those who have plans to upgrade later. Users will be able to find Xbox One X Enhanced titles in the Store, filter games and more:

With Mixer in mind, Microsoft has also made it easier to discover and create engaging content in the Fall Update. For example, the Mixer tab on the Xbox dashboard will how broadcast previews, and the Broadcast & Capture tab in Guide is also now more deeply integrated with Mixer. Other changes can be seen below:

These are just a few of the great features introduced in the Fall update for Xbox One. You should be seeing the update now on your console, and you can manually check by going to Settings, All Settings, System, Console Info and Updates, and Update Console.