The future of pen hardware on Microsoft-powered devices - OnMSFT.com Skip to content
We're hedging our bets! You can now follow OnMSFT.com on Mastadon or Tumblr! 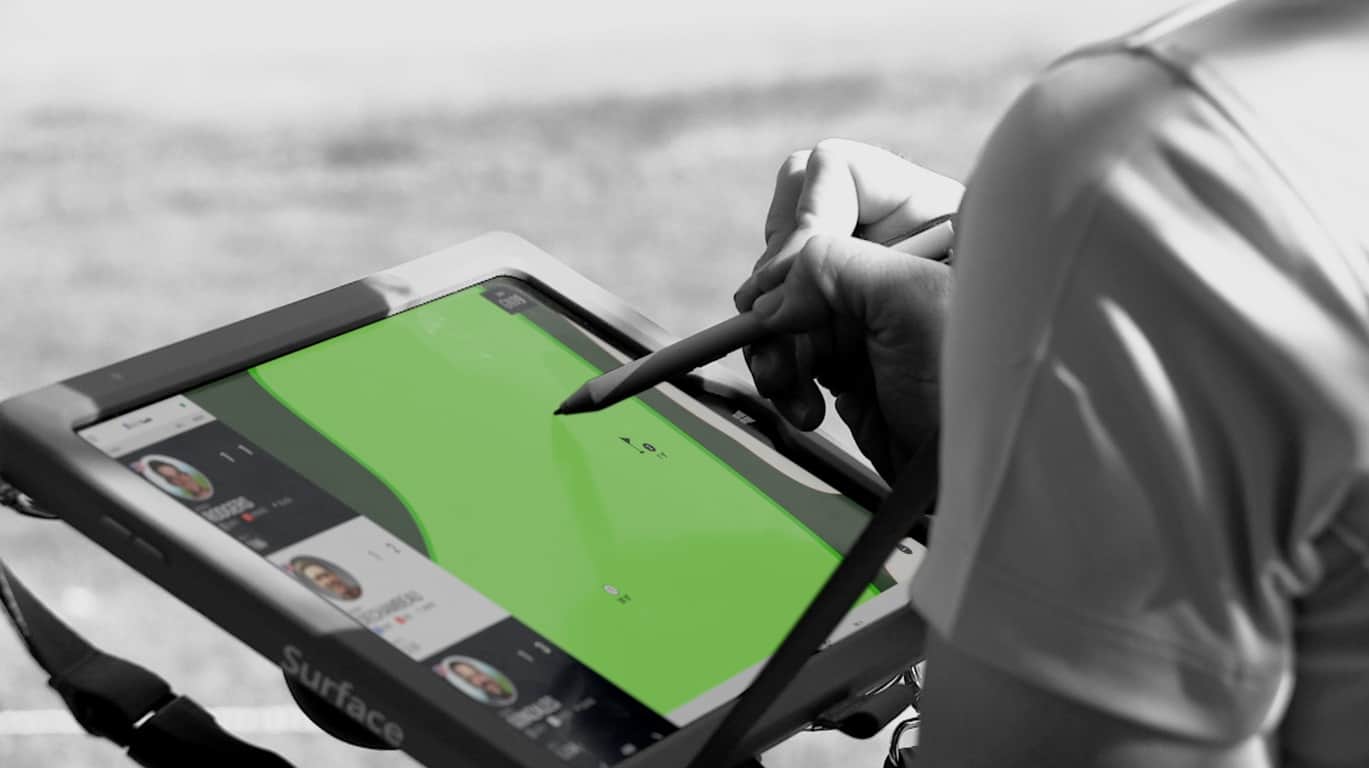 The advent of the Surface Pro lineup did a lot more than just show off Microsoft's hardware engineering prowess. It set a new standard. It shifted the conversation of what makes a compelling portable device away from "but can it play Crysis?" to "in what unique ways can it enhance my daily life or workflow?" At the center of this transformation, I think, is the pen.

Now, pen integration is one of the most common selling points of new devices. Even Apple, which has historically ignored the existence of such an age-old tool, now offers the Pencil, at a steep premium of course. At the center of the pen integration landscape are two forces: Microsoft and Wacom.

Wacom has historically been the undisputed leader in pen technology and still is with regards to high-end graphics work. This was thanks largely to its uncontested to its EMR (electromagnetic resonance) technology, which uses a sensor board underneath the screen that constantly emits an electromagnetic field that reacts to the presence of a pen. The advantages for this is very precise and fast pen tracking, with high hovering distance thresholds. This is especially useful for artists, who require the flexibility this technology provides for a variety of drawing techniques. And because the signal is emitted from the board itself, the pen can be battery-less.

The downsides for this technology, however, makes it increasingly difficult to rely on Wacom's EMR for pen integration in modern devices. Because the EM field is emitted by the digitizer itself, there is a greater drain on battery life. Use of this technology requires a sensor board underneath the screen, which means a thicker device. Also, because the pen is reacting not to the screen itself, but to the board underneath the screen a host of inherent inaccuracy issues.

N-trig, which had its pen technology acquired by Microsoft in 2015, for basically all of its history has been in Wacom's shadow. Up until only recently, N-trig's pen technology was seen as largely inferior and undesirable compared to those of its Wacom colleague. However, thanks to a great application in the Surface Pro 3, and an even better implementation in today's Surface Pro 4 and Surface Book,  I argue that perception is rapidly changing, if not outright purged altogether.

Both Microsoft's N-trig acquired pen tech and Wacom's AES are fundamentally similar technologies and thus share similar strengths and weaknesses, which are largely the opposite complement of Wacom's EMR. As the pens are battery-powered and require no sensor board to power, portable devices utilizing the tech can be much thinner and enjoy less battery drain. Virtually all inaccuracy and parallax issues that plague EMR are non-existent in the twin pen technologies. The technology is also cheaper to implement; which is a hugely enticing incentive for manufacturers in the ultra-competitive portable device market.

And of course, the downsides are largely the opposite complement to Wacom's EMR, which are that its pens require a battery, have comparatively slower and less robust pen tracking, and tend to be less precise in understanding fine-grained movement required for artists that the EMR handles so naturally.

The dichotomy between the two groups of pen technologies is quite neatly drawn at the moment: Microsoft/Wacom AES for portable note-taking and productivity, Wacom's exclusive and expensive EMR for high-end artistic purposes. I suspect this will change in the near future for reasons that will become clear in the following paragraphs.

The dichotomy between the two companies, however, is about to get much more interesting.

Whereas the two houses Wacom and N-trig/Microsoft have been at odds with each other for most of modern computing history, 2016 marks a stark departure from that antagonistic relationship.

At BUILD 2016, it was announced that Wacom and Microsoft were collaborating on the Universal Pen Framework 2.0, which enables Wacom pens to be dual-protocol, working on devices built to either company's pen specifications. The fruits of this labor were previewed at the WinHEC conference in the form of the next-generation G13 pen, a dual-protocol universal pen that would be the most advanced pen ever made, including high-performance simultaneous pen and touch (240Hz Pen, 120Hz Touch), an unprecedented 4096 levels of pressure sensitivity, and tilt detection: an omission largely missing on both companies' battery-powered pen technologies, and one that Apple was keen to include.

It's not like this is a completely unforeseen development. Wacom is a key member of the Universal Stylus Initiative, an open specification designed to encourage universal interoperability among pen-enabled devices, and supported by many other leading OEMs including HP, Lenovo, and Intel. Wacom's first stab at the Universal Pen Framework came around at the beginning of 2015, and this collaboration with Microsoft expands the scope of that program.

The upshot is we seem to be fully transitioning to an era where active pen styli from various manufacturers can be as interoperable and universal as plugging in USB keyboards. This is a huge step forward for the computing industry, and for Microsoft as well, as this is full acknowledgment that Microsoft's efforts in bringing the pen to the forefront of computing interaction, through projects like the Surface Pro lineup, has paid off.

And Microsoft really needed it to pay off. As many of us Microsoft followers know, the company often has a nasty habit of being too far ahead of its time. It didn't matter how forward-thinking or clever its ideas were, the rest of the industry simply wasn't on board and thus marred adoption of said great idea.

Microsoft's OneNote, part of its Office 365 offering, for example, benefits immensely from pen usage. No other general note-taking program handles writing like OneNote does. But why would that even be a consideration for the average consumer or professional enterprise customer when the vast majority of devices don't even support this feature? Or support it in such a fragmented way that users have to research and limit themselves only to certain manufacturers to get pen technology in their devices? What good would new Windows 10 enhancements such as the Windows Ink workspaces be if not all Windows devices can utilize it?

Nowadays, transitioning toward cloud services, artificial intelligence, and virtual reality, it may not be entirely clear where exactly Microsoft fits into the big picture of the computing industry. The advent of the Surface Pro lineup did a lot more than just show off Microsoft's hardware engineering prowess. It may have jump-started a movement that made that big picture just a bit clearer.