Forza Horizon 5, It Takes Two, and more are coming to Xbox Game Pass this month Skip to content
We're hedging our bets! You can now follow OnMSFT.com on Mastadon or Tumblr! 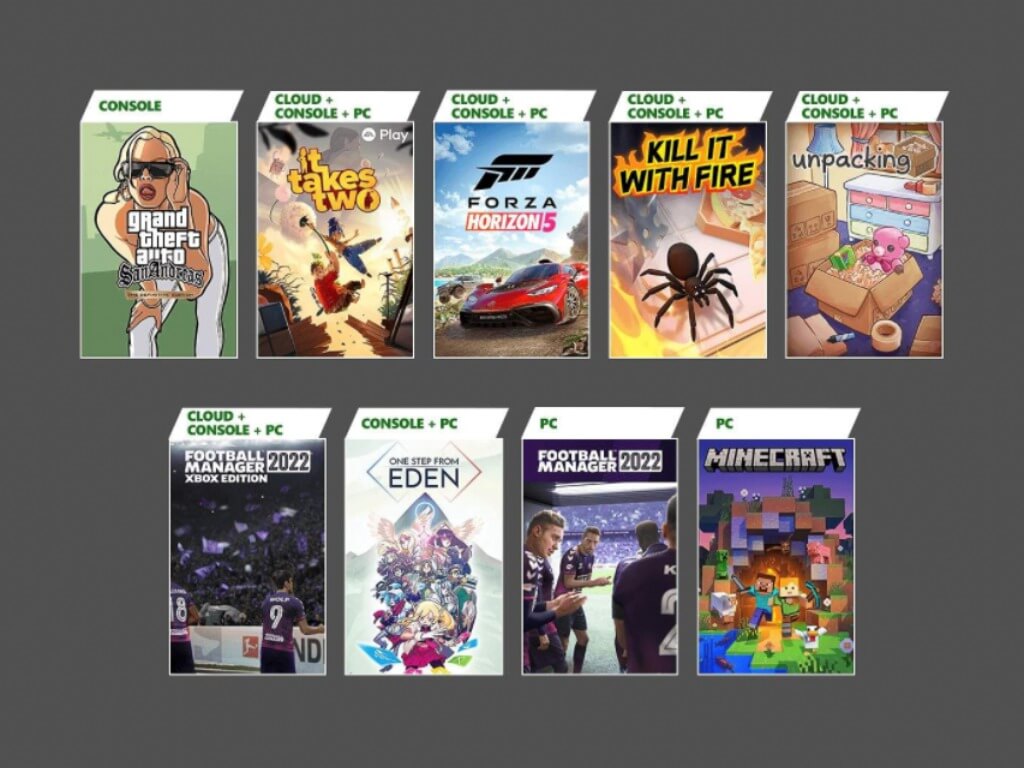 November is going to be a big month for Xbox Game Pass subscribers with several high-profile games coming to the service on day one. Forza Horizon 5 and Football Manager 2022 will both join the Xbox Game Pass catalog on November 9, and they will be followed by the remastered version of GTA: San Andreas on November 11.

The first wave of games will hit Xbox Game Pass as soon as this week, though, starting with Minecraft: Java and Bedrock Editions on PC as well as the new [email protected] puzzle game Unpacking. It Takes Two, the critically-acclaimed co-op game released earlier this year will also join the EA Play Catalog for Xbox Game Pass Ultimate subscribers.

You can find the full list of new Xbox Game Pass games coming in November below:

We'll have more to share on Forza Horizon 5, one of the biggest 2021 releases from Xbox Game Studios very soon. In the meantime, be aware that the open-world racing game is already available for pre-loading on Xbox and PC, and Xbox Game Pass members can also purchase the $44.99 Forza Horizon 5 Premium Add-Ons Bundle to get early access to the game on November 5, as well as all the extra content included with the Premium Edition of the game.

Good reminder if you are a @XboxGamePass member you can upgrade to the $99 Premium Sku for only $44 to get Expansions 1 & 2, Car Pass, VIP Membership, Early Access, and more! #ForzaHorizon5 https://t.co/gbgGnpzVJl

Last but not least, six games will be leaving the Xbox Game Pass catalog on November 15: The list includes Final Fantasy VIII HD, Planet Coaster, Star Renegades, Streets of Rogue, The Gardens Between, and River City Girls. If you want to keep playing them after that date, you can save up to 20% on all these games before they leave the library.