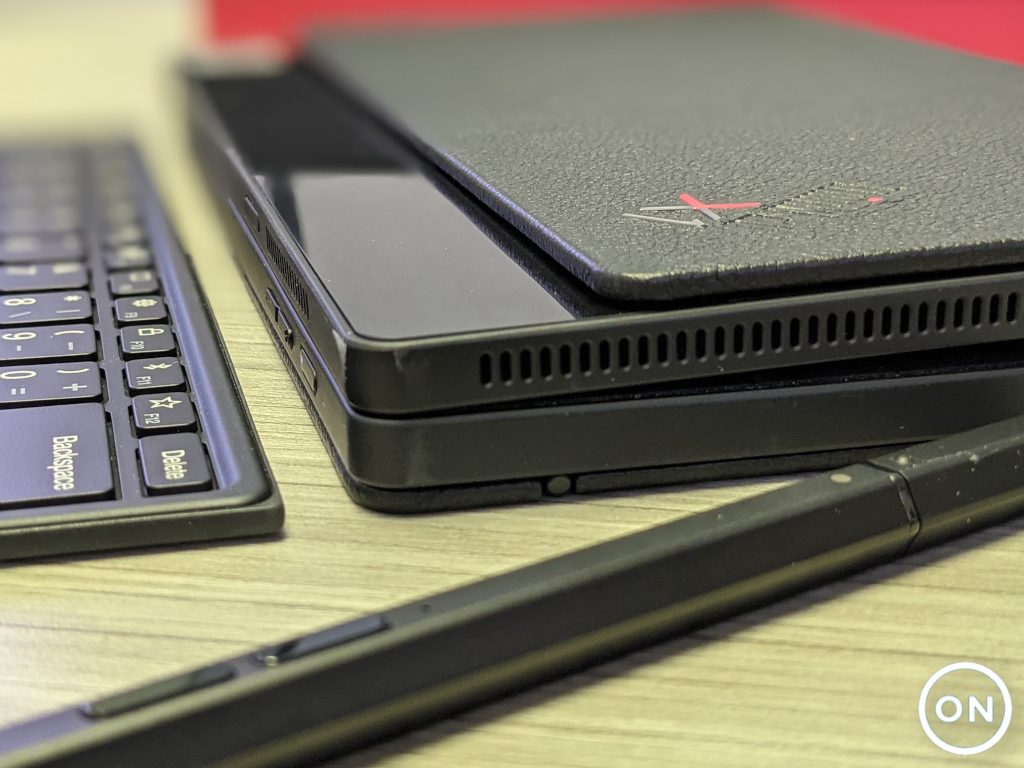 I first began writing about Lenovo's foldable ambitions with the ThinkPad X1 Fold back in 2019. Back when Lenovo first unveiled its foldable screen technology, I scratched my head wondering what additional benefit there would be to a semi-clamshell form factor replicating an already established clamshell one.

Fast forward a year and a half later and I finally have my hands on the X1 Fold, and I have a new set of questions, first of all, how this device could replace my current 'folding' laptop.

I have a full review coming soon, but I thought I would at least cover my initial impressions on the X1 Fold now and document my evolution with the device as I test it out.

Initially, the device feels awesome. The look and feel of the ThinkPad X1 is something to admire when the screen is actually folded. In many ways, the X1 Fold mimics Samsung's Galaxy Fold works, as a smaller form factor that expands to a much larger one. However, unlike the Galaxy Fold, the X1 is inoperable when closed. Even when the screen is unfolded, the leather-clad exterior folding device feels like a chunky notebook in every way. There are noticeable bezels around the screen that even after 72 hours with the device, have yet to grow on me. Perhaps, it has something to do with the material which feels like a soft foam to prevent the screen from cracking at the contact points when closed. 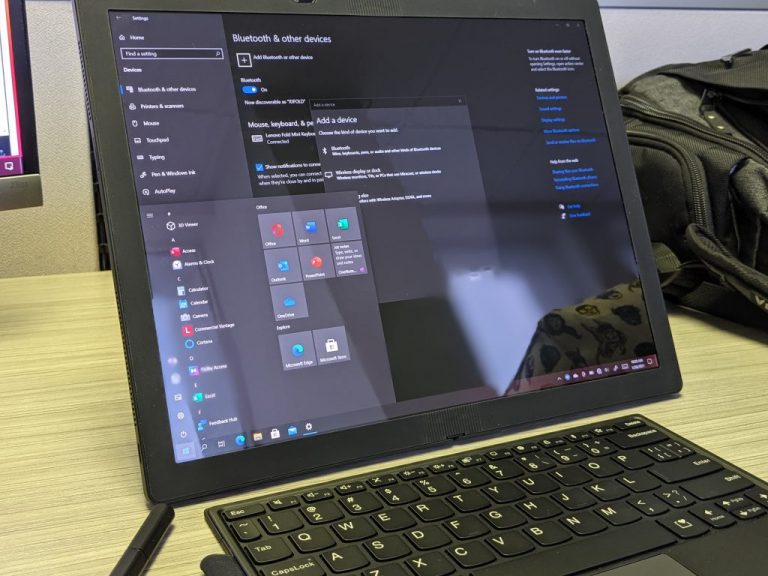 Another interesting note is that the leather covering around the back shifts in scale when opened or closed. When the X1 Fold is opened flat the entirety of the back is covered in the leather stitching. When it's closed, however, about 1/5 of the device is uncovered by the leather and exposes a black glossy plastic material.

But enough about the tactile feel of the device. The X1 Fold is also a hefty feeling device. When I compare it to my gold standard of mobile versatility, the Surface Go 2, its weight is more than just noticeable. As both the Surface Go 2 and the X1 Fold are essentially full-fledged computers in tableted form factors, it might be reasonable for them to weigh roughly the same, but they do not. The Surface Go 2 feels significantly lighter. The X1 Fold does seem to distribute its heftiness equally across its 13-inch surface when both folded and unfolded, but there is no getting around how heavy it feels, especially one-handed. 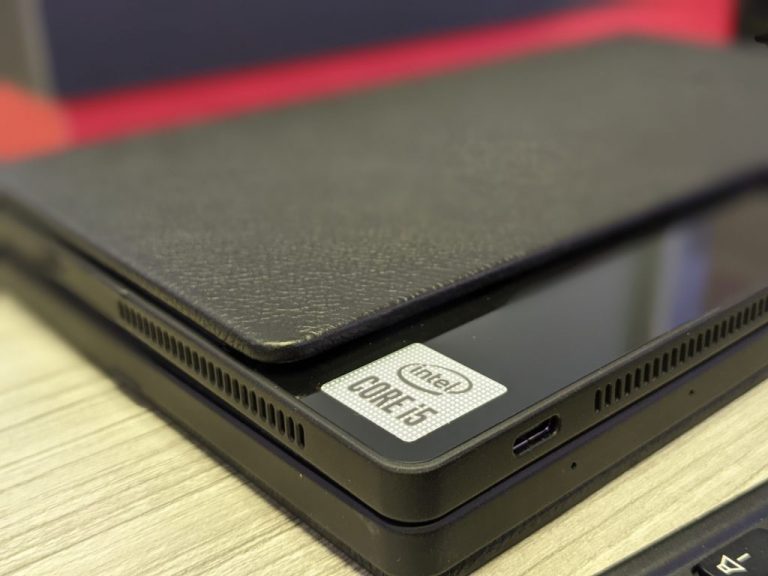 This leads me to my next point, which is that this form factor alone begs for the device to be used in tablet mode more often than in its stand up, unfolded PC position. Partly, because the included Bluetooth keyboard isn't attached like the Surface Go or Surface Pro, it's a much more concerted effort to configure the full workstation position of the X1 Fold. So far, I've found myself using it exclusively in tablet mode for reading comics, web pages, and viewing media.

The X1 Fold feels like it's missing whatever Windows 10X was supposed to be. Full Windows 10 on this device feels a little bit like overkill without fully exploring more intuitive tablet gestures, UI or UX.

While setting up a full PC experience on the X1 Fold with dedicated space may eventually grow on me, what seems to be more troubling is the software. After going through my normal routine of updates and entering the Windows 10 Insider program, I find the software experience glitchy. More so than normal Windows 10 Tablet-Mode glitchy. Maybe it's the screen tech, but it takes several hard presses to navigate the good ol' Windows interface. 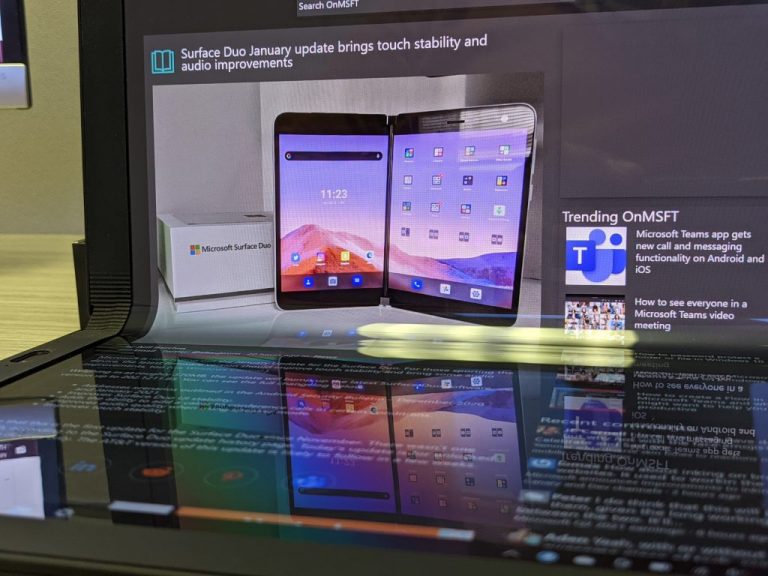 Anyway, I'll have more in my full review, but so far, the device has made for a super cool consumption experience. I'm not sure how much more efficient I'll be with this form factor, especially since I'm not traveling as often or in need of space, but the technology seems sound, and if trickles down to the next Kindle release, Amazon might have a huge hit on its hands.