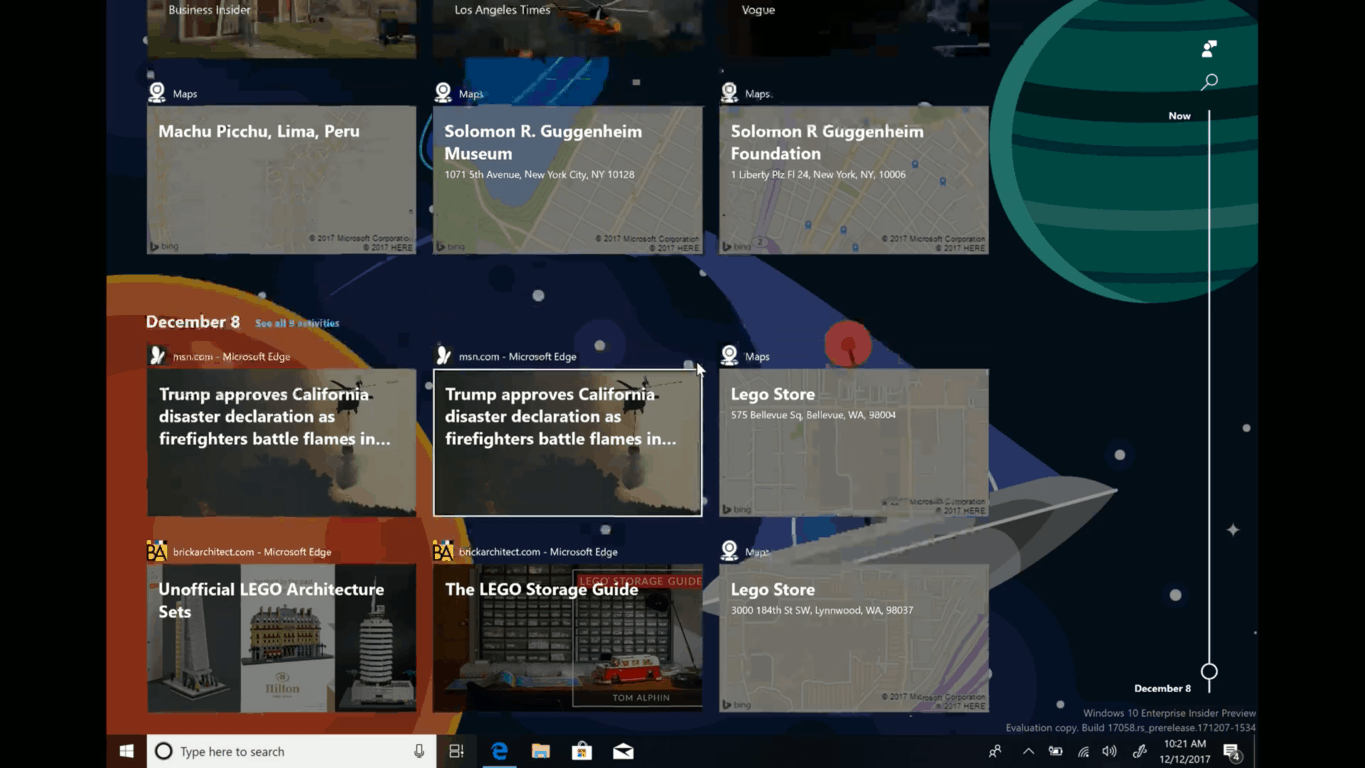 I myself suggested for Microsoft to add an "X" to remove activity cards from Windows Timeline, and my suggestion has gathered up nearly 280 votes in the Feedback Hub. Microsoft's Jen Gentleman told me on Twitter that the company is considering my feedback, which is great because many Windows Insiders also have the same thought. It's especially important to me because the only way to dismiss cards is by right-clicking on it, which is annoying if you want to remove multiple cards at the same time.

For instance, one Windows Insider wants an option to filter or group websites in Timeline, another one wants the search to automatically appear when Timeline invoked. Other suggestions include adding an option to exclude some programs in Timeline, integrating Timeline with Launcher on Android, or even adding a "clear all" button to the experience.

So, if you have something to say about Windows Timeline, voice your opinion on the Feedback Hub. Microsoft is clearly listening to your thoughts, and the more popular it becomes on Feedback Hub, the more likely it will be put into future builds.