The crew over at Eve-Devices appear to be on a roll in 2020, with the company unveiling its first crowd developed gaming monitor set for release shortly and now teasing a follow up to its 2017 2-in-1 tablet computer hit, the Eve V.

CEO and co-founder of Eve-Devices Konstantinos Karatsevidis (yeah I have trouble pronouncing it too) has begun circulating a teaser image of what will eventually become the successor to the Eve-V, the industry's first crowd developed 2-in-1 tablet laptop. 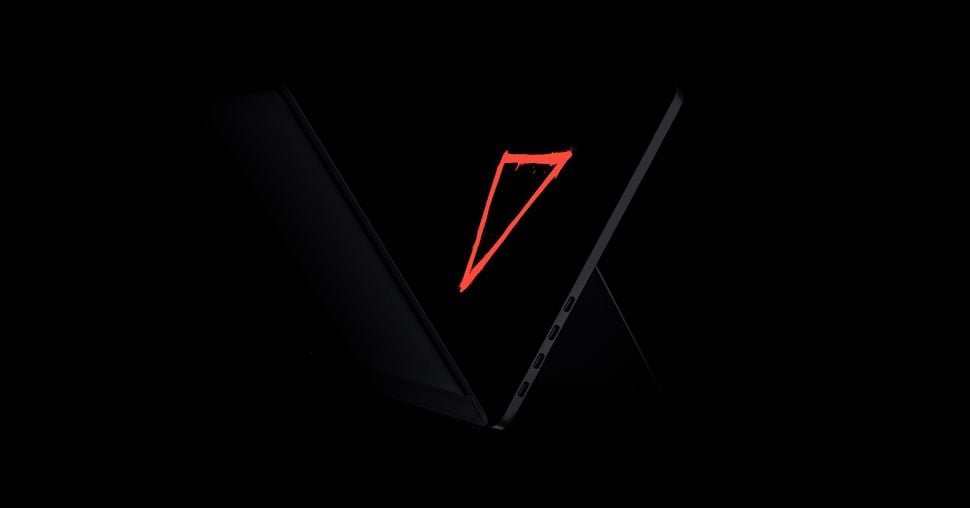 The image hints at an Eve value proposition that appears borrowed from the original V that includes multiple port selections for customers. While the team over at Eve-Devices hasn't officially come up with a name for its sequel device, the working title amongst the community appears to be Version 2.0, and with Version 2.0 customers can look forward to some future-leaning tech implementations for the upcoming device.

Based on the teaser, it seems that Version 2.0 will offer customers at least two Thunderbolt 4 port options presumably powered by Intel's 11 generation Tiger Lake CPU's as well as two USB-C Type C selections. In addition to using the latest and greatest from Intel, Version 2.0 is also rumored to include Wi-Fi 6 standards for stronger and more reliable connectivity experiences. However, not much more is known beyond those tidbits as the crowdsource development has just begun.

Based on the community logs, Version 2.0 began being discussed among Eve's fans and enthusiasts a little over 6 months ago, but Karatsevidis and company are leveraging their experience, partnerships and supply chains developed with the original Eve V, to expedite the development and delivery process for Version 2.0.

With suppliers and manufacturing partners already in place and industry contacts established, we have a head start compared to when we set out to create the V. We have also grown to the point where we can buy components like display panels directly from manufacturers, without having to deal with shady middle-man vendors that promise to deliver next week every week. We’ve been working on this behind the scenes for some time, and all of this makes it so that we can launch our next 2-in-1 later this year.

Some of our choices are easy. Newer SoCs are faster and offer a broader feature set, there are newer, faster types of memory, there are new standards for WiFi and Bluetooth. Other things aren’t quite as straightforward. Do we stick with aluminum and its cooling benefits and silky finish, or do we choose weight reduction by switching to magnesium alloy?

For all intents and purposes, the Eve V was a relatively credible competitor to the Surface Pro, however, due to mounting delivery and reliability issues, Eve's 2-in-1 never really it made onto the radar of the average consumer. Karatsevidis says the company has learned from its success and failures with the Eve V and plan to deliver customers a device that will "give the Surface Pro line a run for its money with a new 2-in-1 tablet and laptop computer that’s developed by Eve and its community. Made by them us."