Enjoy The Walking Dead Season 6 on your Xbox One, Windows Phone, and Windows 10 device 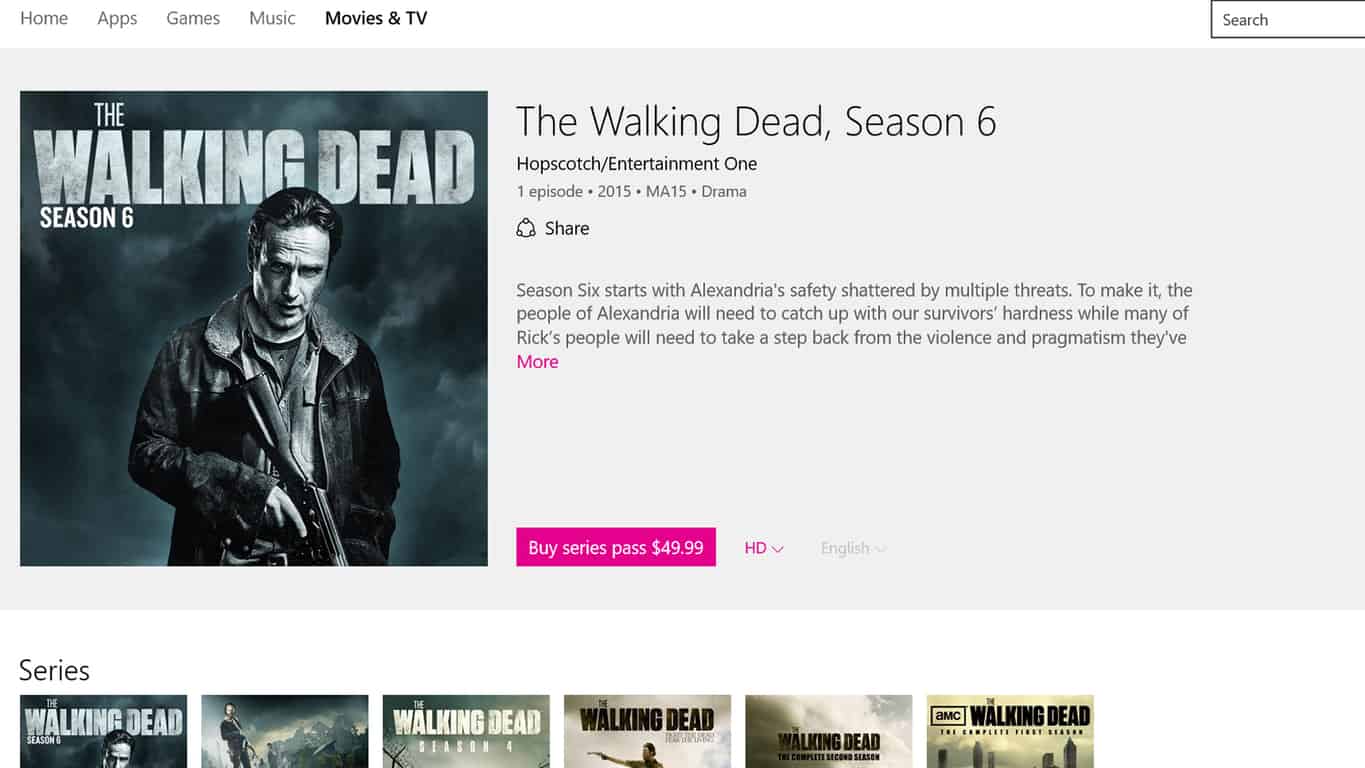 Looking for a way to watch the new season of The Walking Dead on your Windows 10 device, Windows Phone, or Xbox One? The series is now available for viewing via Microsoft’s new Movies & TV app which also goes by Films & TV in some regions. This app replaced the old Xbox Video app earlier this year but is essentially the same service with all the purchases made carrying over to the new app.

Individual episodes of The Walking Dead can be purchased in full HD for US$1.99 while full season subscriptions start at US$27.99. (The prices in the above image are in Australian dollars, so don’t freak out.)