Just Cause 4 was officially announced during E3 2018 and it's now up for digital pre-order on Xbox One consoles in a Standard, Digital Deluxe, and Gold Edition.

The Standard Edition comes with the base game while the Digital Deluxe Edition features the game, the Black Hand Stealth Micro Jet, and the Black Hand Prototype Weaponized Wingsuit in-game items. The Just Cause 4 Gold Edition comes with everything in the Digital Deluxe Edition plus the Expansion Pass, and the premium Golden Gear Pack. Both the Deluxe and Gold versions of Just Cause 4 grant the buyer 24 hour early access to the game on December 3rd.

As part of the Just Cause 4 announcement, a special trailer was released which you can watch below.

Are you pumped for Just Cause 4 on Xbox One? Let us know why (or why not!) in the comments below and don't forget to like us on Facebook for more Xbox news and join in on the conversation there as well. 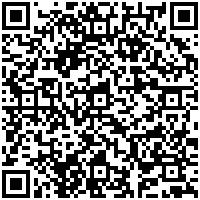 E3 2018: We Happy Few Xbox One pre-orders open but game gets banned in Australia