Microsoft’s Build 2017 developer conference is now officially underway, and you can expect to hear a lot about Office 365 over the next three days. With over 100 million monthly commercial active users, Office 365 has become a productivity platform that developers can no longer ignore, and the shared today an important update about the freshly released Microsoft Teams.

The new chat-based workspace in Office 365 is now completely open to developers, which can now publish Microsoft Teams apps in the Office Store. These apps will soon appear in a new discover apps experience within Microsoft Teams, which is currently available in the developer preview but will soon roll our to all users. 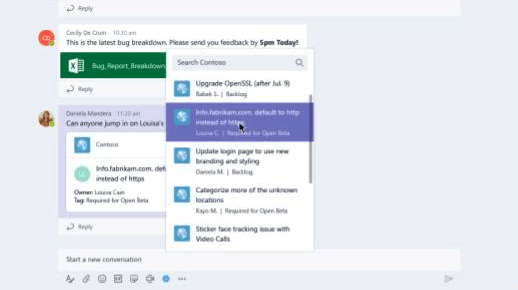 Microsoft Teams became generally available to Office 365 commercial customers just two months ago, but the company has been iterating fast to make its new offering a valuable Slack competitor. Teams is already a solid collaboration tool, but better support for third-party apps seems exactly what the app needs to stay relevant in this highly competitive market.