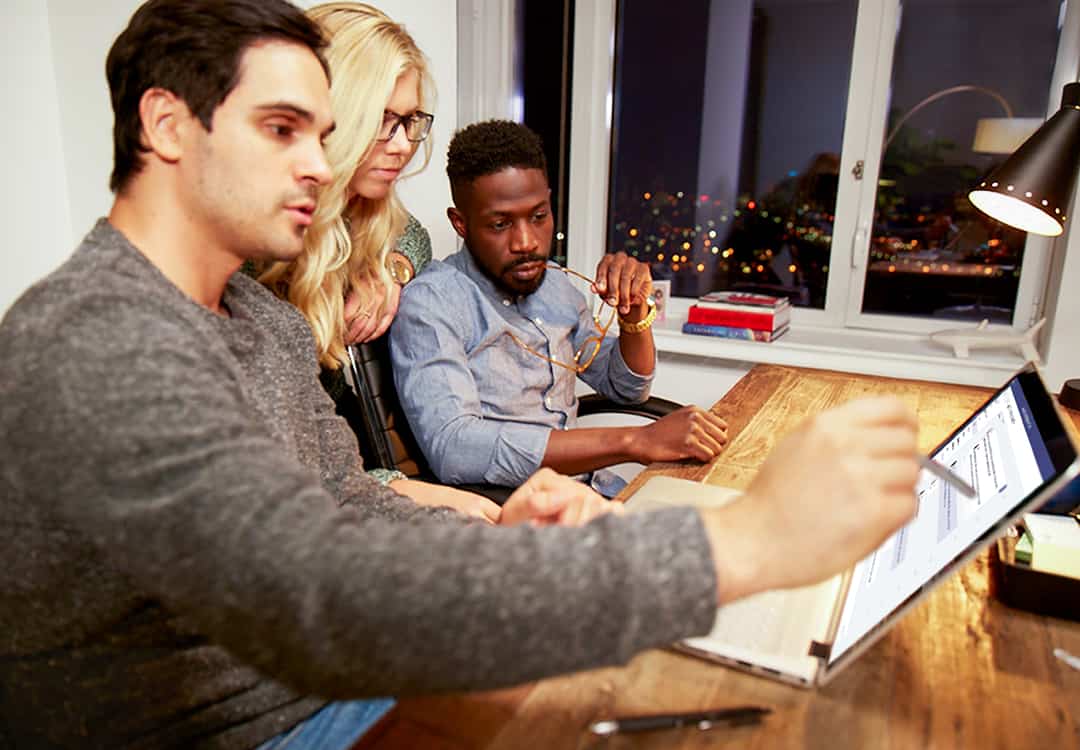 Microsoft Teams, the company’s much-talked-about Slack competitor is now generally available to Office 365 commercial customers. The global launch was announced today during a live streamed event from Microsoft headquarters, where the company announced that more than 50,000 different organizations including Accenture, Hendridck Motorsports and Expedia have started using Teams during the public preview.

Starting today, Teams is now automatically provisioned within Office 365 and Microsoft hopes that its 85 million monthly active Office 365 commercial e users will quickly adopt the new offering. From the beginning, Microsoft emphasized that Teams is not a replacement for email, SharePoint, Yammer and Skype for Business but a flexible chat-based workspace in Office 365. The native integrations with the Office apps, OneNote, SharePoint and PowerBI also give Office 365 customers a big incentive to choose Teams over its competitors.

During the preview, Microsoft delivered more than 100 new features including built-in audio and video calling on mobile, public teams, a scheduling assistant, support for bots in channel and more. And while Teams is already highly customizable by organizations, Microsoft also announced today new integrations with SAP SuccessFactors and Trello. “These partnerships give users shared perspective on all their work without having to switch tools,” explained Microsoft.

Among the companies that are already on board with Microsoft Teams, Trek Bicycle highlighted that adopting the new chat-based workspace allowed its employees to significantly improve their workflow. Laurie Koch, Vice President, Global Customer Service, Trek Bicycle, explained:

Across Trek’s global teams, the integrated collection of Office 365 applications serves up a common toolset to collaboratively drive the business forward. We see Microsoft Teams as the project hub of Office 365 where everybody knows where to find the latest documents, notes, and tasks, all in-line with team conversations for complete context. Teams is quickly becoming a key part of Trek’s get-things-done-fast culture.

Microsoft is committed to improving Teams with new features in the coming months: in June a new update will bring guest access capabilities, deeper integration with Outlook and a richer developer platform. “Expect our pace to be rapid and responsive to customer needs,” explained Microsoft. If you want to learn more about the Teams, make sure to follow Microsoft’s Ask Us Anything session on March 22nd at 9:00AM PST on Microsoft’s Tech Community website.