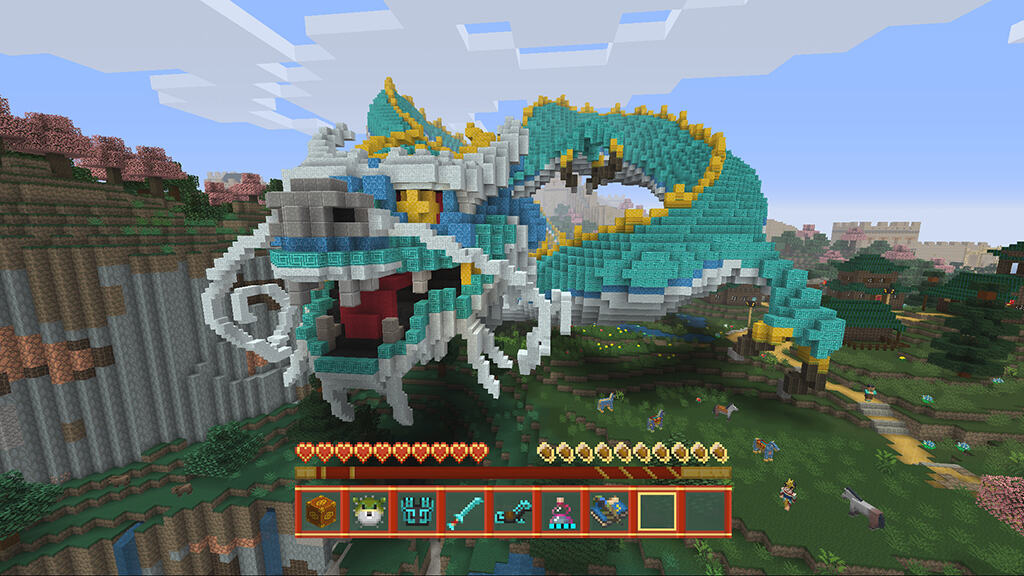 During Minecon last month, we learned about a few upcoming additions to Minecraft, with each version was getting an update. For consoles, Minecraft was getting a little something extra. The Chinese Mythology Mash-Up DLC pack released today side by side with a small free update of new features.

The Chinese Mythology Mash-Up is extra purchasable content that you can buy for $4.99. The pre-crafted world was inspired by the exotic reaches of China with "ancient cities to explore, gargantuan sculptures to gawp at and cherry blossom aplenty." The expansion has a total of forty new skins and thirteen themed music tracks. Players are able to play the Battle Mini Game on the newly decorated map.

A slew of new blocks and more life for your Arctic biomes also coming to your games in the free console update. Starting either today or tomorrow, you'll be patching in:

The update is available for Xbox and U.S. Wii U consoles today with the rest to follow closely behind tomorrow. Let us know in the comments if you're excited about all of this new Minecraft content.