Toshiba has been making some noise lately about vacating the consumer PC market, but that's not stopping them from making some noise at CES 2016. They've re-introduced the dynaPad, a 12-inch Windows 10 convertible tablet that was initially introduced last year but is now in line to release to the European and North American markets. 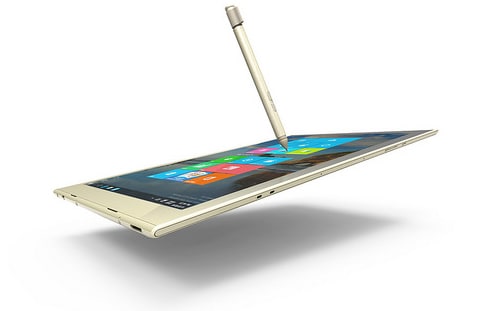 Nevertheless, the dynaPad is an interesting machine, featuring a high-performance, high-precision Wacom Active Electrostatics (ES) TruPen with 2,048 levels of pressure. The stylus is compatible with Microsoft’s Edge browser as well as the Office suite of apps. In addition, the pen also works seamlessly with Toshiba’s exclusive suite of original business applications, such as TruNote, TruCapture and TruRecorder, new TruNote Clip and TruNote Share apps, which can help users take notes, capture screenshots, and lots more. The pen-screen combo is designed to replicate the way people write on a real paper with pen.

The 2-in-1 Windows 10 tablet comes with a 12-inch display sporting a resolution of 1920 by 1280 pixels, and also features an ultra-thin dock which can help users make use of the tablet as a notebook. A dual-layer anti-reflection and anti-fingerprint coating helps the screen stay clean and look good in bright lights. An optional ultra-thin full size keyboard with a 19mm pitch and 1.5mm stroke is offered, which is attached by magnets allowing the dynaPad to easily convert to a clamshell laptop for enhanced productivity. The TruPen attached to the side of the tablet. 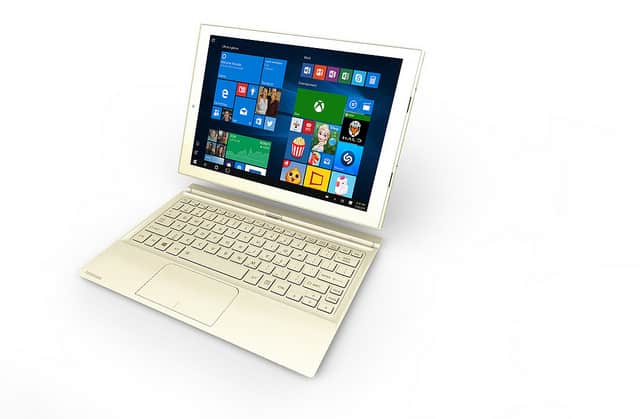 The tablet is powered by an Intel Atom processor paired with 4GB of RAM, thus offering decent enough performance. The dynaPad will retail for $569.99 when it's available via Toshiba and the Microsoft Store later this month.