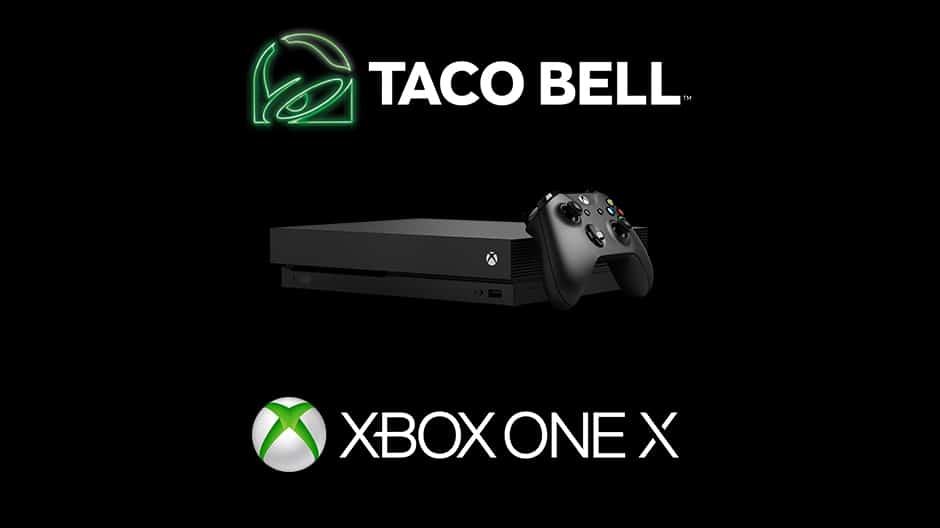 Starting August 31st, Xbox, and Taco Bell will come together in the US to give lucky customers the chance to win a brand new Xbox One X. As part of the promotion, the new Taco Bell Steak Quesarito $5 box will include a code for consumers to text in for a chance to win the Xbox One X.

The boxes will be available from August 31 to October 4th at participating Taco Bell locations, and while supplies last. According to Microsoft, there will be a potential winner every 10 minutes throughout the entire promotion.

“When it launches starting November 7, Xbox One X will bring gamers an amazing new level of console power and immersion...We have a long history of partnerships with Taco Bell, dating back to the first Xbox, and are excited to once again work together to reward gamers with the opportunity to win Xbox One X.”

Perhaps this latest promotion might have some die hard Xbox fans and gamers running to their local Taco Bell just to secure an Xbox One X. After all, pre-orders have yet to open up on the Microsoft Store, or many other retailers.

Forza, Call of Duty and INSIDE/LIMBO bundles highlight this week's Deals with Gold