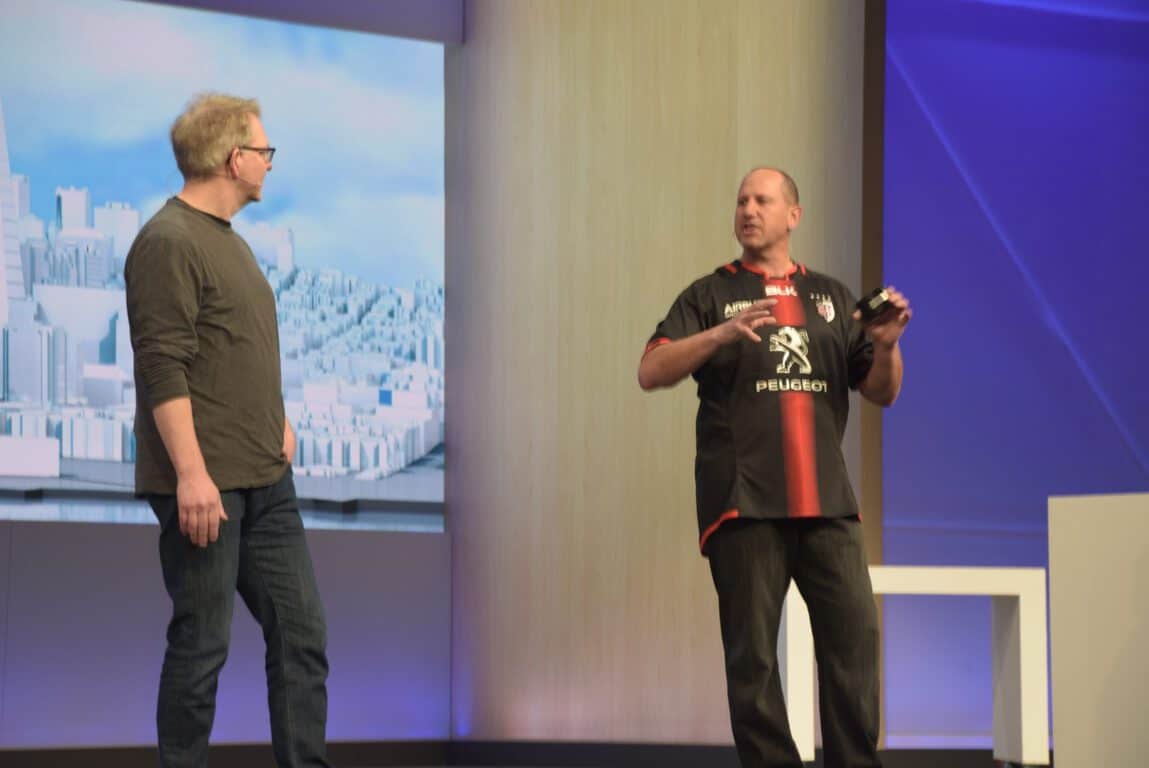 Day one of Build 2016 was very exciting. Amongst other smaller stories, Microsoft announced a Windows 10 anniversary update, new machine intelligence, and new Xbox developer opportunities. That now done, we’re once again live at the event for Day two, and once again feeding you the latest news live.

At day two of the event, Microsoft showed off a video featuring celebrity Kevin Hart. The video demos a new Muzik programmable headset which features programmable buttons to tweet songs, or even connect to Spotify.

It is a demonstration of a software platform based off hardware. Essentially, developers will be able to use the Muzik Connect SDK on any Windows Phone, iOS, or Android platform to put together applications which will program the button.