Last Friday, Microsoft and game developer Mojang made headlines by announcing that they’ve partnered with leading Chinese internet technology company NetEase to produce a “tailored” version of Minecraft for Chinese gamers. Thanks to a new report from Seeking Alpha, we now have more details about how this five-year licensing agreement could help Redmond to conquer the growing Chinese video game market which is estimated to be worth $24.4 billion this year.

Let’s start with some hard data about Minecraft: if you’re not familiar with the hit game, Microsoft is currently selling different versions of it to accommodate the different gaming platforms:

According to Seeking Alpha, all Minecraft games are currently generating $11.7 million/month or $140.8 million/year for Microsoft, which is definitely nothing to sneeze at. But while it could still be years before the company recovers the $2.5 billion it spent on Mojang back in September 2014, bringing Minecraft to the Chinese market may well make it one of Redmond’s biggest cash cows in the future.

In its report, Seeking Alpha is referring to another report from market research company Newzoo. According to this recent report, the global games market could reach $99.6 billion in 2016, making it a bigger market than the office productivity software market, where Microsoft currently claims a strong position with Office 365. Furthermore, Newzoo also reported that China will become the biggest video games market this year with an estimated revenue of $24.4 billion, just ahead of the US with $23.5 billion. 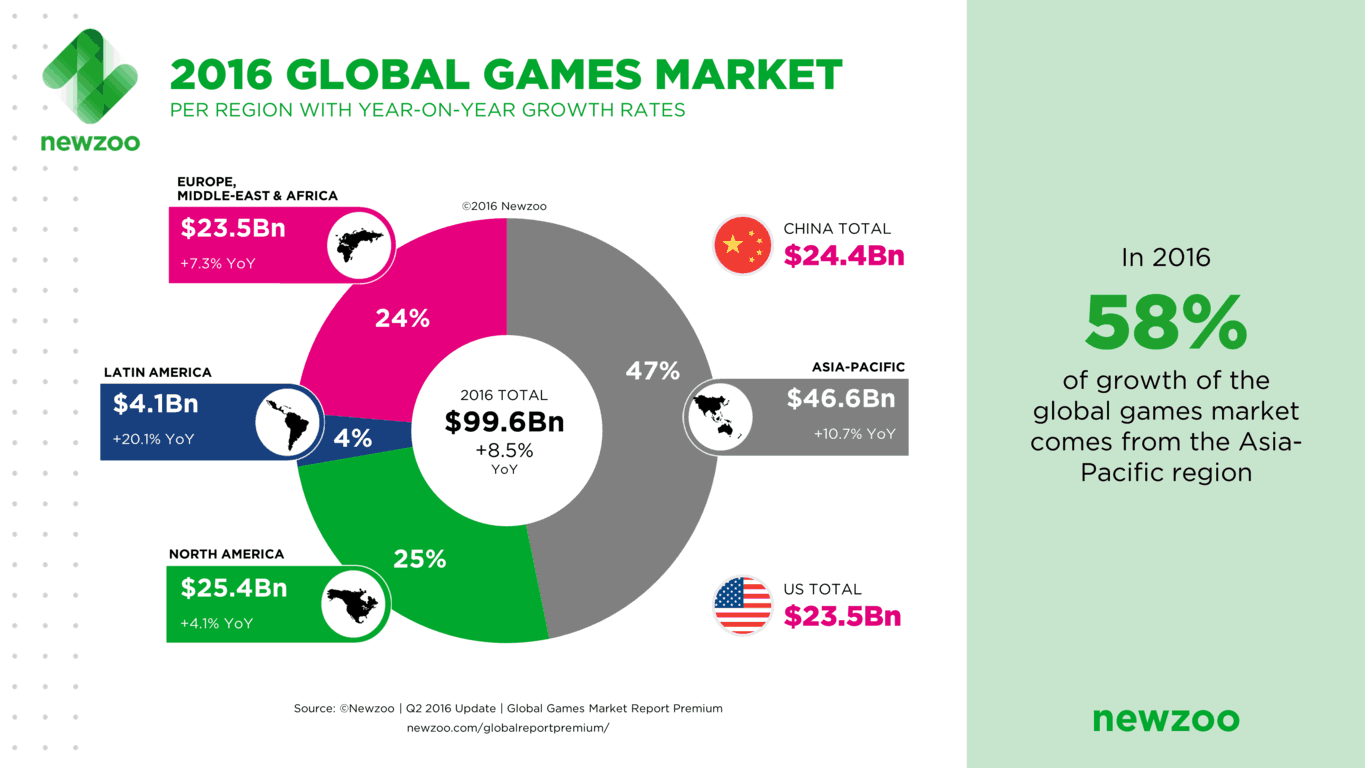 Since the Chinese government finally allowed Microsoft and Sony to sell their latest generation consoles in the country back in September 2014, the Xbox One has so far struggled to make a dent in the Chinese market. Its high launch price was a factor, also not helped by the fact that many hit games have also been missing due to censorship. However, Seeking Alpha is quite optimistic about Minecraft success in China, explaining that “Mojang could see monthly sales shoot up by as much as 50%-100%”, with the game “generating $20 million in global monthly sales”. The upcoming Minecraft for Education Edition may also well contribute to the game’s success in the country:

The unique learning-focused gameplay of Minecraft is going to be a massive hit among Chinese people. China is full of kids that will love the creative thinking-focus of Minecraft.

Last, the report also explains why Microsoft’s partnership with Chinese company NetEase (which is currently the second-biggest game publisher in China after Tencent) could be instrumental to the success of the Redmond giant in the country:

Mojang’s partnership with NetEase is key toward Microsoft profiting from the spending habits of more than 500 million Chinese gamers. The deal with NetEase may grow beyond just the PC and mobile versions of Minecraft. Microsoft Studios used to be a prolific publisher of PC games. It might become active again just to exploit China’s gaming industry. The new partnership with NetEase could also extend to it becoming Microsoft’s sales agent for Xbox game consoles and Windows 10 gaming tablets.

Last, as a NetEase competitor currently has plans to launch its own Windows 10-powered TGP Box console in China, Seeking Alpha explains that Microsoft and NetEase could well fight back with their own Windows 10 game console to “allow NetEase to optimize Minecraft and its other games”. Do you believe that Minecraft could become a blockbuster hit in China and help Microsoft become an important player in the Chinese video games market? Please let us know what you think in the comments.